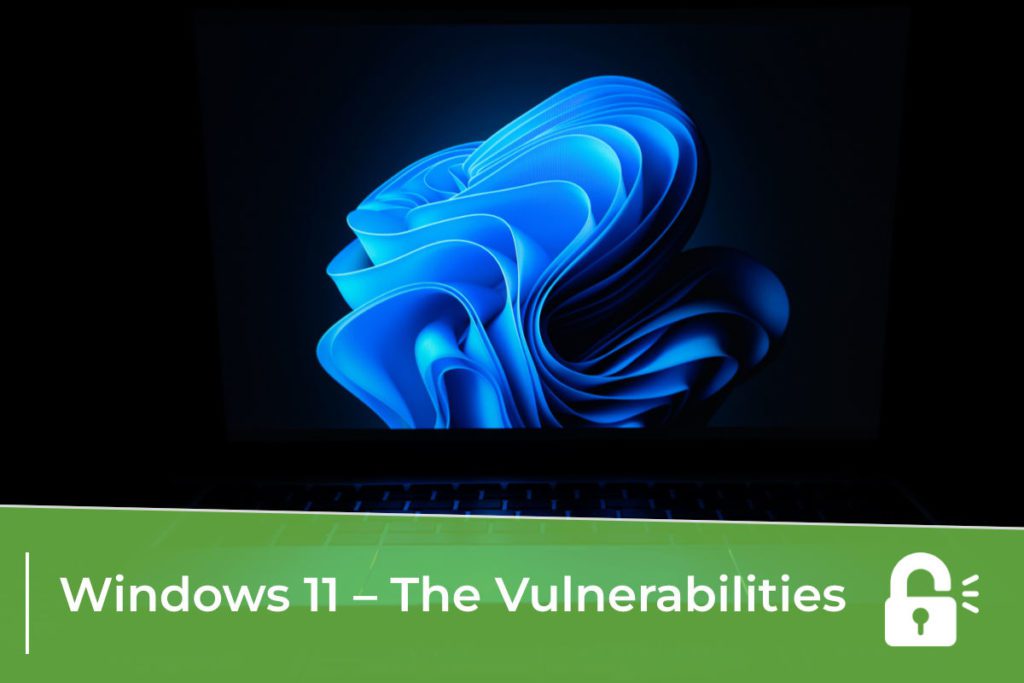 Windows 11 is built on the same foundation as Windows 10; the majority of its features are exactly the same as its predecessor, but it is designed to work better on tablets and devices. Windows 11 offers many of the same security settings and policies as Windows 10, all of which can be applied to all of your devices. It is designed to focus on enhancing end-user productivity and makes today’s flexible working environments possible.

For all of its revolutionary tools and capabilities, even organisations as big as Microsoft can make mistakes. Microsoft has revealed to the public that it has recently discovered some serious security vulnerabilities with their new Windows 11 offering, and even other versions of the features still being used in Windows 10, 9, and 8.

The vulnerabilities were discovered in Microsoft’s monthly ‘Patch Tuesday’ – the day of the month that Microsoft release its patches to fix issues with the software – usually most security vulnerabilities are found and fixed before they can be exploited but, on this occasion, unfortunately, this wasn’t the case.

Microsoft announced a total of 97 new exploits – which, of course, is an extremely worrying number for Windows’ users out there. Microsoft are not releasing a lot of information about the vulnerabilities as they want time to remedy them before they get exploited, but they are pleased to report that so far there have not been any attacks using the vulnerabilities as the point of access.

We won’t go into too much detail but, of the 97 vulnerabilities, 8 are described as critical and a staggering 88 are labelled as important – put simply, they are all dangerous and have the power to incapacitate your business if you don’t protect your systems to the best of your ability as soon as possible.

What should you do?

The first thing to do is not to panic – yes, the warning is concerning, but as long as you take the right steps from here on out there is no reason why your system can’t be safe in a very short time. The most important step for everyone with Windows 11 is to be sure that it is updated with the latest security patches; they should – if enabled – download themselves automatically.

You should also check that you haven’t accidentally missed an update, and, if you do find any, download and install them immediately.

Microsoft will continue to investigate these vulnerabilities and will strive to make the environment a safe one again as soon as possible, we’re sure, but until then be vigilant and ensure that you have the necessary security measures in place to keep your system protected if a breach is attempted using one of these vulnerabilities.

Are you concerned your systems are not cyber secure? Is your team properly educated on cyber security? Need some help? Grapevine can guide you to a future in which you no longer need to be concerned about the security of your digital landscape. Our years of experience ensure that we are primed and ready with all the tools needed to ensure a top-quality service, now and into the future. Contact our team and let us start our journey together today