Will IBM’s Watson Be Elementary?

Recently, Big Blue announced a new tool it’s rolling out; a data analysis tool aimed directly at executives who don’t want to be bothered with the steep learning curves of analytic tools currently on offer by the likes of Oracle and SAP. The new tool is called Watson, and will be available for use on both desktops and mobile devices. It’s turning heads for a number of different reasons. We’ll outline what it is and why it’s important just below.

Watson – Under the Hood

The first of Watson’s big strengths is that it is multi-platform. The ability to run on both desktops and handheld devices is a huge plus, and is sure to win a number of early converts. When you couple this with IBM’s recent partnership with Apple, and realize that when Watson is released, it will be made available to the legions of Apple users, you begin to see how big a splash this tool could make on the Enterprise-level market.

Some months ago, we discussed the Apple-IBM partnership, and how important it was to Apple. Historically, Enterprise has been Microsoft’s playground, and Apple has been essentially shut out of major parts of the game. That’s no longer the case, and Watson is the first of many tools to come that will see Apple take its rightful place at the Enterprise level.

Watson’s second big strength is its versatility. It can handle data from a variety of sources. Databases, Google Docs, Box, Salesforce, and others. What this means is that Watson will not only act as an analytic tool, but also as an aggregator. It can take data from a variety of sources and put it all before the user in an easy to read, seamless context. That’s huge.

The third big strength is that it relies on natural language queries, rather than forcing users to learn complex script and coding language to extract useful information out of the data fed into the system. Again, that’s huge, because upper management often does not have the time or patience to learn the complex coding required to turn mountains of data into actionable information.

There are hurdles to overcome, of course. For one thing, nobody has yet seen how Watson will perform in the field. Also consider that it’s one thing to apply Watson to a well known and well understood data set. It is quite another to present Watson with a random mountain of data and start running queries against it.

At the end of the day, what’s going to matter most is knowing what questions to ask and precisely how to phrase them. That’s what’s going to allow you to pull meaningful information out of the system. If you don’t know what to ask, it isn’t going to be especially helpful to you.

Nonetheless, it’s on the verge of becoming a reality, and we will soon see how the early versions perform on a variety of real world data sets. Almost assuredly there will be bumps in the road. There will be problems, yes, but IBM employs some of the best engineering minds in the business, and you can bet that they’ll be highly visible during the initial roll-out, and on hand to make any tweaks and changes necessary to ensure that it delivers on the full measure of its promise.

Facebook has been working hard on the mobile version of their website for all platforms, but the iPh 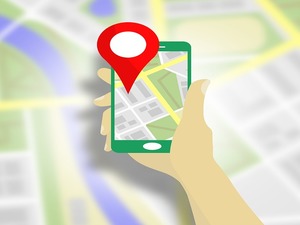 Each month, hundreds of millions of people rely on Google Maps. It has become the replacement for GP

If you are like many business owners, you are most likely juggling multiple projects on a daily basi