What Technology Might Be Helping Your Business In 100 Years

As a business owner, you currently reap benefits that could only be dreamed of a century ago, but some of the technology you enjoy had its roots in the innovations of the old times. One can only wonder what do the next 100 years hold in store, when it comes to the development of useful technology, in areas important to business like —information, communication, and travel. Some of today’s technology is likely to stand the test of time, but there will be many innovations without doubt.

Tech that May Survive

The telephone has been around for 100 years and even though it has morphed into something more like a pocket computer with the advent of smartphones and wireless cellular technology, it is still in use for the originally-intended purpose, which was to connect people in real-time conversation who were not physically together. Since this communication need is very likely to stick around, the phone will continue to survive, in some permutation.

Drone technology is already in use in the civilian sector, and its likely to be developed further over the next 100 years. Amazon’s dream to deliver goods to your doorstep via drones has obvious drawbacks (“free drone with every purchase” springs to mind), drones are already useful for shooting aerial footage for movies (safer and more maneuverable than a helicopter, with a smaller shadow) or for TV coverage of live events. It’s likely that drones will continue to be used. With drones devices could allow users to log into a drone feed to check weather or travel conditions in real time or to monitor a location for security purposes.

Cars are also likely to survive, or at least the concept of personal conveyances will, as our independent spirits just won’t let us submit blindly to mass transit, no matter how efficient and impressive it may become. However, the cars of the future are just as likely to be almost as unrecognizable to us as a Bugatti Veyron would be to the original owner of a Stanley Steamer. Self-driving cars are already in developmentmand flying cars are no longer the province of Jetsons cartoons but a concept that is likely to come to fruition fairly soon, regardless of the details and limitations.

New Innovations For The Future

On the other hand we have technology that isn’t currently available (although many may already be on the drawing board) but will be in common use in a century. There is already technology that exists to produce or enhance visual experience for blind people by connecting directly into the portions of the brain that process sight. Also humans have long been able to depend on machines implanted within the body, such as pacemakers or cochlear implants, to ensure health or to help with physical challenges. It’s not hard to imagine that we might use technology not just to recover our senses, but to enhance them. Instead of night-vision goggles, why not night-vision contact lenses that can revert to normal when the light level is raised?

How about wiring the brain to a computer to enhance intelligence or to give access to documents or files basically having the internet–or at least an intranet–in your head?
The possibility of communicating by thought rather than speech is not so far-fetched, if thoughts can be translated into electrical impulses the way that the brain’s physiological commands can be.

That takes care of communication and information, but what about travel? It’s always been a funny thing with respect to developing technology–as the ability to travel longer distances became easier with trains, cars and airplanes, so did the option to not have to travel. Technologies are venturing into outer space taking humans to places that were at one point dreams.

If you own your own business, you know that overhead costs have a way of creeping up on you. A littl 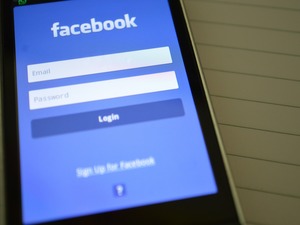 Facebook is the central marketing tool for many companies, and even if it isn’t exactly central at