Wells Fargo, a well-known and popular bank chain, was once again the target of a cyberattack. Like last time, it was another “denial-of-service” attack, meaning that the hacking attempt made it difficult to connect to secure Wells Fargo servers. As a result, some Wells Fargo users were unable to connect to the website and were given error messages instead of the webpage.

A woman who represents Wells Fargo believed that the high amount of traffic seen at Wells Fargo’s website yesterday was a denial-of-service attempt, although all user data has remained protected and is safe. Customers who are still having difficulty connecting can call in to schedule payments, transfer money, and other tasks usually limited to only internet banking users.

No one is sure where the attack came from, and Wells Fargo did not disclose any information about it.  However, a small hacking company by the name of Izz ad-Din al-Qassam Cyber Fighters claimed that they launched a denial-of-service attack on all major US-based banks, including Citibank, Wells Fargo, and Chase.

Wells Fargo has seen this kind of attack before, and claim that every time it happens they get a little better at keeping everything smooth and running, though there is still some problems with keeping all users online. The hacking group says that they will continue to wage war this way until certain videos are removed from the Internet, including the “Innocence of Muslim” series that became prevalent on YouTube.

If you hold a Wells Fargo bank account, rest assured that all information is secure and that by midday you should have no problem accessing any of your information online.

The drones are coming. The FAA has now taken the first step toward making commercial use of drones a

Large Number Of HP Models May Have Keyloggers

HP is in the news again. If you missed the initial story, earlier in the year, it was reported that 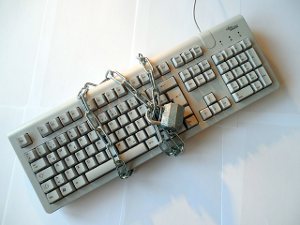 If you’re not a Comcast customer, you may not have heard, but recently, a list of more than half a