Usage of Tablets Doubles in a Single Year

The iPad was released a little over two years ago, and all it’s done for Apple since then is make them a lot of money. 25{7e4ee7cd997d36f6dec43befd6b19c37edf0959bbf61766e988f901dd91e96d7} of smartphone users now own or regularly use a tablet of some sort, suggesting that “smartphone ownership is highly predictive of tablet adoption in the current market,” according to ComScore, the company that conducted the survey.

Tablet ownership has grown from 9.7{7e4ee7cd997d36f6dec43befd6b19c37edf0959bbf61766e988f901dd91e96d7} to 23.6{7e4ee7cd997d36f6dec43befd6b19c37edf0959bbf61766e988f901dd91e96d7} just in the past six months. “Tablets are one of the most rapidly adopted consumer technologies in history and are poised to fundamentally disrupt the way people engage with the digital world both on-the-go and perhaps most notably, in the home,” says the ComScore blog. “It’s not surprising to see that once consumers get their hands on their first tablet, they are using them for any number of media habits including TV viewing.”

One of the biggest factors contributing to the high usage of iPads is their reasonably-sized screens. Many of the screens are almost as big as a small LCD computer screen. People with tablets, says ComScore, are three times more likely to watch videos on their devices than smartphone owners. This also may be why smartphone owners are more likely to own tablets – tablets are essentially smartphone technology with bigger, more accessible screens.

How to Deal with Those Who Criticize Your Business

You’re going to meet some eventually: those who do not like your business. Regardless of how well

You’ve probably heard of chat. As an active social media goer, website browser and possibly even b 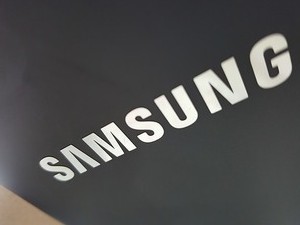 Need More Laptop Drive Space? How About A 4TB SSD?