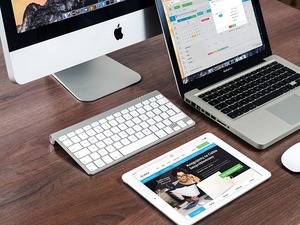 Upgrade To SSD Drives For Speed Boosts, Other Advantages

The spinning disk hard drive has been the reigning king of storage for almost as long as we’ve had desktop computers.

All things end, though, and the HDD’s reign is officially coming to a close. It’s getting increasingly difficult to justify springing for an old-style hard drive when you can buy an SSD or a hybrid drive instead. The advantages are just too compelling.

The primary advantage that SSDs offer over their older counterparts is speed. It comes down to performance. HDD’s can get fragmented over time, which degrades the speed with which they can access files. Even in cases where an HDD is perfectly unfragmented, they still can’t match the access speeds of an SSD, and in business, it’s increasingly the case that speed is life.

A secondary advantage is the form factor of the drive. SSDs are significantly smaller, and as such, much easier to incorporate into system architecture. Even better, as smartphones get incrementally bigger and SSDs continue getting smaller, the day is inevitably coming when they’ll be incorporated into every device you use.

The only real advantage that HDDs have over their sleeker, faster counterparts is in terms of raw storage for the money, and for the moment, the older drives are still cheaper. If you need bulk storage and are on a budget, you may still be tempted to head in that direction.

That will be true for at least the first half of this year, but new facilities are coming online later in the year, which should close most of the price gap between the two technologies. Investing in HDDs now could mean a bigger expense down the road as you eventually retire and replace those drives.

A good intermediary step if you absolutely need storage now is a hybrid drive, which combines the best features of both technologies, but you can expect hybrid drives to have a relatively short shelf life. The moment SSDs come within 20{7e4ee7cd997d36f6dec43befd6b19c37edf0959bbf61766e988f901dd91e96d7} of the price of comparably sized HDDs, they’re destined to go the way of the dinosaur.