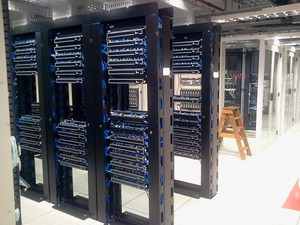 The End of Windows Server 2003 Could Spark Cloud Migration

Microsoft is ending support for Windows Server 2003 on July 14, 2015. Losing maintenance for Windows Server 2003 is a concern as Microsoft will not be providing critical maintenance patches to fix vulnerabilities being exploited by the hacking world. Microsoft is ending support in an effort to force users into a more modern operating system; how data centers choose to move into the more modern computing world is the question.

Windows Server 2003
Windows Server 2003 is a workhorse; for many businesses, it brought them into the 21st century. Server 2003 has served its user base well for twelve years, and many users are loath to leave it. Should they leave it? Eventually, a software package or new hardware device will come out and the 2003 Server base will be forced to migrate because they have a real need for the new software or hardware device. If they can protect their systems with firewalls and intrusion detection systems, they don’t have to be in a hurry to move just because support is ending.

What do the three characteristics of a cloud mean? Virtualization is the use of software to create a virtual machine on the same hardware as other virtual machines and static systems. Simply put, you can use a server to its full capacity by hosting virtual machines on it in addition to its native operating system. This allows an IT department to quickly get machines up and running to meet users’ demands without the expense of new hardware. Automation is the automating of low-level tasks, freeing the people responsible for these tasks to do other things. Clouds are software-defined, meaning they are built according to rules and policies provided by the software used to implement the cloud.

The four types of clouds have the following characteristics:

1. Public cloud: You can think of this cloud as an apartment building. The owner of the cloud provides its tenants with the technology resources they require. The analogy to an apartment building is apropos because the cloud shields each tenant’s data and applications from the others who reside there, just as apartment walls keep tenants in their own space.

2. Private hosted cloud: this cloud model is akin to a public cloud in that the owner has multiple clients, but he or she dedicates separate resources to each client, rather than having a pooled environment. This is a single-tenant approach; it is used by software as a service and platform as service vendors, but is more commonly used for infrastructure as a service, to provide a business with an IT infrastructure at a shared rate.

3. Private, on-premises cloud: This type of cloud is built in a business’s own data center, with the IT staff providing the same benefits as the third-party vendor. Businesses usually build their own clouds when they have sensitive data to protect, such as financial information, health information or secret information. Security is an issue when you deal with a third-party vendor, so many businesses with sensitive data to protect opt to keep it in-house and under their control.

Is the Cloud Inevitable?

Some would argue the cloud is an inevitable conclusion; businesses will find it more cost-effective to move to a cloud environment, to keep hardware costs down and to provide end-users with the applications and systems they need in a timely manner. End-users have been growing less patient with what they perceive as slow-moving and unresponsive IT departments. However, the end-user does not see the big picture. Using a credit card and the Internet may seem like a quick way to solve their problem, but costs quickly escalate and software purchased by one user or department may not work and play well with other, critical applications and databases. Software purchasing should never be left to the end-user; many things need to be considered before purchasing a package, and even if they get one that suits their needs perfectly today, it may not suit them tomorrow and may not work with the other software the company uses.

Will the end of support for Windows Server 2003 spark a mass migration to the cloud? Probably not as the users still on Server 2003 are there because it suits their business to be there, and if they can protect their systems from hacking, they may stay there while they weigh their options. Ultimately they may move to a cloud, but there won’t be a stampede come this July 14th.