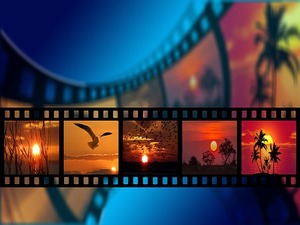 Sad Day For Vine Video Users: Service To Shut Down

Vine, one of the many properties owned by Twitter, is dead, after the company tried unsuccessfully to find a buyer for the struggling service.

If you’re a Vine regular, you’ve probably sensed the move coming for quite some time. As part of Twitter’s constellation of products, it was one service among many, and never really got the time or attention it deserved.

The company is to video what Twitter itself is to the written word, and specializes in short, looping videos shared amongst its user base.

When there was little in the way of competition, the fact that Vine didn’t get a lot of attention or resources from its parent company was no big deal. But with the rise of Facebook video, Snapchat, Instagram and a whole host of competing services, Vine struggled to stay relevant with new features that would allow it to compete. As a result, it started losing members. With the flight of members, advertising dollars dried up, leaving Twitter, which is struggling itself, little choice but to sell it or shut it down.

In the immediacy, nothing will change.

If you’re a Vines user, all your videos will remain, and the company has vowed to make no changes to itself or the website without informing its remaining user base. Even so, the day is coming when those videos will no longer be available, so now is the time to make copies of whatever content you’ve got there and watch as many videos as you can before they’re gone forever.

The announcement to kill Vine came on the heels of the one that Twitter was laying off fully 9{7e4ee7cd997d36f6dec43befd6b19c37edf0959bbf61766e988f901dd91e96d7} of its workforce, which is a clear sign of just how deep the company’s troubles are. This is definitely a situation that bears watching and something to keep in mind in the months ahead if Twitter is an important part of your company’s social media strategy.