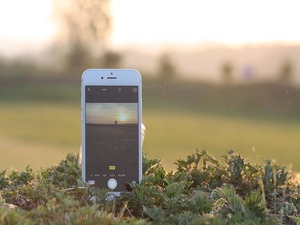 Older iPhones Are Being Purposefully Throttled, According To Apple

Not long ago, observant Reddit users noted and began discussing a curious phenomenon. It appeared that older iPhones were unexpectedly slowing down, and no one could name the reason why.

It caught the attention of a number of security researchers who delved more deeply into the issue, including a man named John Poole, who confirmed the Reddit claims. His tests confirmed that on iPhone 6s and 7s, Apple made tweaks to iOS versions 10.2.1 through 11.2.0.

These changes are designed to throttle the phone’s performance when the battery degrades beyond a certain point. While the company itself has subsequently confirmed the findings, they didn’t offer much in the way of a detailed explanation other than to say:

“Our goal is to deliver the best experience for customers, which includes overall performance and prolonging the life of their devices. Lithium-ion batters become less capable of supplying peak current demands when in cold conditions, have a low battery charge or as they age over time, which can result in the device unexpectedly shutting down to protect its electronic components.

Last year we released a feature for iPhone 6, iPhone 6s and iPhone SE to smooth out the instantaneous peaks only when needed to prevent the device from unexpectedly shutting down during these conditions. We’ve now extended that feature to iPhone 7 with iOS 11.2, and plan to add support for other products in the future.”

If you have an older iPhone, you may find yourself in disagreement that throttling its performance optimizes your user experience, and admittedly, it isn’t an optimal solution. On the other hand, having your phone power down unexpectedly when the battery life still reads 40 percent can be worse than annoying.

The only way around it is to replace your battery, which will not trigger the throttle built into the OS.