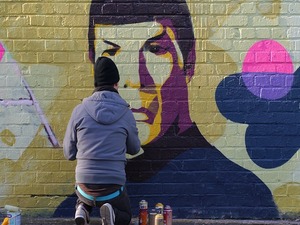 Who says hackers don’t have a flair for style?

Security searchers at Avast, makers of a popular antivirus software, have stumbled across a new strain of ransomware that utilizes a Star Trek theme.

Although the new Python-based malware is not known to have ensnared any victims yet, the security bulletin is making the rounds to keep IT professionals informed about its potential.

It has been seen masquerading as the app “Low Orbital Ion Cannon,” which is used for stress-testing, and can, in its current iteration, target more than six hundred file types with 4096-bit encryption. Any encrypted files are renamed with the “.kirked” suffix appended to them.

The software is sophisticated, but doesn’t utilize anything to hide itself. In fact, it uses nothing but common PyCryto libraries to do what it does. Some of its more intriguing attributes are the following:

• It is an amazingly small, capable program, using an almost shockingly few lines of code. Clearly, the designers were skilled programmers
• Once files are encrypted, the hackers promise to send a “Spock Decryptor” upon receipt of payment
• Rather than demanding BitCoin in payment, the hackers demand Monero, to the tune of about a thousand bucks, at present exchange rates It is unclear why they’re using a less well-known cryptocurrency.

The discovery is interesting (and alarming) on a number of levels. Firstly, having found it so early in its development and with no known cases of infection, security researchers can chart the progress of its spread and infection.

Secondly, it underscores how quickly the malware ecosystem is changing, with new and evermore advanced versions of old software, and entirely new creations like this springing up at an accelerating pace.

Given the creativity that the hackers of the world have displayed so far, it’s anyone’s guess what will come next, but we can say with certainty that this won’t be the last new strain of malware we see this year.