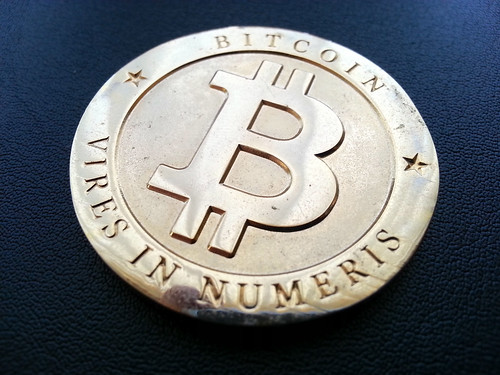 If you haven’t heard of the new digital currency Bitcoin, now’s the time to do some research: a large business, Overstock.com, is considering accepting the currency coming this next year – hopefully, the company says, within the next six or so months.

Bitcoin is a new online currency that initially gained its notoriety by becoming a popular exchange on the black market, particularly for illegal drugs, weapons, and services. Because of its virtually untraceable nature, Bitcoin is ideal for transactions that aren’t allowed to happen in the first place. However, since its introduction to the market, the digital currency has only gained popularity among investors, individuals, and entrepreneurs alike. Bitcoin transactions, when conducted on legitimate websites that sell legal goods, cost the company and the user pennies instead of the standard 3-5{7e4ee7cd997d36f6dec43befd6b19c37edf0959bbf61766e988f901dd91e96d7} many credit cards charge. This puts Bitcoin in an excellent place when it comes to competing with Visa, MasterCard, and Discover.

However, there are a few problems with Bitcoin. Currently, the market – that is, the dollar worth per Bitcoin proper – fluctuates between $300-$1,300 to every Bitcoin, depending on the day. The currency has not yet stabilized, though the slow and regulated release of Bitcoin onto the market will contribute to stabilization over time. In addition, Bitcoins are finite – once the maximum number of Bitcoins has been released, there will be no more allowed on the market.

While the Bitcoin currency has allowed many small independent businesses to start small businesses that not only use Bitcoin, but actually provide unique types of services, that still doesn’t fix the problem that most businesses don’t accept or acknowledge Bitcoin as a tender. However, Overstock.com is looking to change that and become the first large retailer that accepts Bitcoin without reservation.

According to Mr. Bryne, Overstock.com’s CEO, Bitcoin is just the beginning of online currencies, and other companies should be ready to start accepting them. An unofficial hearing in November established that it’s likely that digital currency can easily co-exist within existing laws, though some laws would need to be created to protect Bitcoin or any other strictly online currency as a whole.

While it’s obvious nothing is official just yet, now’s a great time to get familiar with the currency as a small business. Small business may be the kind of business that need to start accepting Bitcoin to make it a stable, viable currency in the future.