NBC and Microsoft teamed up for several years to produce quality news for the masses, but according to NBC News yesterday morning, the partnership between Microsoft and NBC is officially over.

Microsoft will be receiving $300 million for services rendered and for giving up their part of MSNBC’s ownership. NBC also announced that they will be renaming MSNBC; the new face of MSNBC will be “NBCNews,” and all associated content will now bear that name. For now, NBC will continue to provide content to MSN.com, but eventually Microsoft is expected to take over their own news and write their own content. However, Microsoft plans on sending traffic back to NBC while they continue to provide the content for their news site.

MSNBC will, for the moment, mirror the home page of NBCNews. Eventually, MSNBC will become the home of MSNBC TV, and the content and news will change.

Charlie Tillinghast, the man in charge of the new NBCNews, says that “it will have a new name and a new URL, but everything else will be the same.”

MSNBC is one of the top news sites on the Internet with 55.7 million visitors over the span of three months.

For many years now, most email systems – including Gmail – have hidden images in deliveries beca 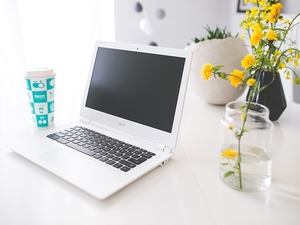 Shopped At Acer’s Website? Your Information May Have Been Stolen

Finding and Keeping Your Most Valuable Clients