The long-anticipated Windows 8 Pro has finally come to the market, which means consumers get to enjoy one of the best performing tablets to hit the market this year.

Microsoft has been hinting that this product was going to hit the market in January or so in 2013, and it’s now been announced that Windows 8 Pro will be debuted at the FCC.

So what sets this tablet apart from the others? Here are a couple of features Microsoft has been especially excited to share with its fans.

Microsoft is calling its new Surface with Windows 8 Pro a “64-bit tablet PC”. You might think this is trivial because computers have been working with that kind of power for years, but it’s not. The upgrade means that the tablet can now run Core i5 Bridge processors, which smoothes out the graphics and makes the tablet more colorful.

Windows 8 Pro supports a new level of security – one that you can expect to come with corporate level laptops that Windows makes for professionals. Some rumors even indicate that there will be thumb print recognition on the tablet. The confirmed security suite, however, is Microsoft’s BitLocker, which ensures all of the data on your hard drive is encrypted.

Want to show someone something on your tablet, like pictures of your last vacation, but don’t have enough room for everyone to fit around your tablet? No problem. The new tablet allows connection to high-resolution displays, and there are also a number of handy ports such as a headset jack and a microSDXC card slot included as well.

The new tablet still weighs in at two pounds and says that in trials, the battery lasted over seven hours of heavy use, much like the Windows tablets out currently. Only time will tell us if this tablet will measure up to the high expectations set for it.

The Copyright Alert System is Here

In an effort to catch illegal downloaders and stop them from stealing information and videos, AT&amp

The Future Of Credit Cards

The Internet Mavens in Silicon Valley have decided that the time of credit cards has come to an end. 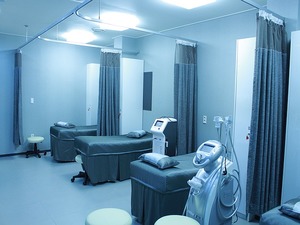