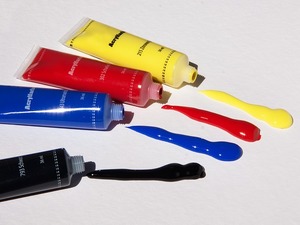 Rumors of Microsoft Paint’s death have been wildly exaggerated. Recently, Microsoft announced the end of an era with the decision to remove paint from Windows 10, replacing it with the more modern Paint 3D. Then, something unexpected happened.

The cumbersome, barely functional art program received such a strong outpouring of support that Microsoft reversed its decision. The software is still going away in the sense that it won’t be installed by default with new Windows 10 installations, but it will still be available for free via the Windows Store, so users can add it to their OS at their discretion.

Paint was one of a small number of “distraction apps” that has been with Windows since its earliest days, along with Solitaire, Pinball and MineHunter. In fact, it has been included in every release of Windows since 1985, which, when you think about it, is incredible longevity for a piece of software.

It has never been a very good image editor, and offers only rudimentary functionality. Clearly, the outpouring of last minute support didn’t stem from the fact that it was ever especially good at its job, but rather, sheer sentimentality.

In any case, it was sufficient enough to move the company to stay their hand and offer a new lease on life to the ancient code.

It should be noted that the company’s decision to remove Paint was part of a much larger effort to clean up the OS and make it a bit sleeker. Over the years, there have been lots of legacy components added in the OS’s long history, and Microsoft is certainly right to do a bit of long overdue housekeeping.

Given the shape of their solution, it’s plain enough to see that Paint is not long for the world. New PC users likely won’t bother to install it in significant number, and in time, the sentimentality of the existing user base will fade, taking Paint quietly along with it.