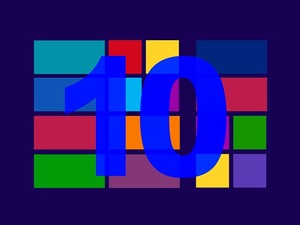 If you’re one of the relatively few people still using Windows Vista, you should know that the OS is on life support. As of April 11, Microsoft will no longer be providing any kind of support. This means no critical security updates, no tech support and no patches of any kind for any reason. You’ll officially be on your own.

This is the latest in an ongoing series of moves that serve as part of Microsoft’s strategy to force its burgeoning user base into modernity.

From the company’s perspective, this is a savvy, strategic move. The more versions of the OS it continues to support long after the bulk of its user base has moved on, the fewer resources it has to devote toward research and development of new features for the current OS, Windows 10, and its eventual successor.

Microsoft isn’t alone, either. Other big-name tech companies are following suit and have firm plans to completely end support and updates for older versions of Windows’ older operating systems, including Vista.

Unlike when Microsoft ended support for Windows XP, this move will affect a much smaller portion of the user base. XP was, at least prior to Windows 10, the most widely-used operating system of all time, and to this day, 8{7e4ee7cd997d36f6dec43befd6b19c37edf0959bbf61766e988f901dd91e96d7} of Windows installations are XP, despite the fact that the company stopped supporting the operating system in 2014.

By comparison, Windows Vista users account for only 0.78{7e4ee7cd997d36f6dec43befd6b19c37edf0959bbf61766e988f901dd91e96d7} of the company’s installed base, so odds are that this problem isn’t one that you’re going to have to deal with.
If you are one of the relatively small number of Windows Vista users still clinging to the old OS, now is the time to get serious about upgrading. Once those security updates stop coming, it could put your whole company in jeopardy. It’s just not worth the risk.