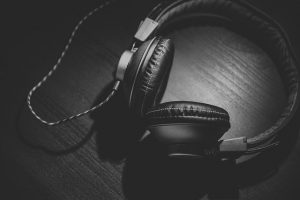 Groove Music has had a short, troubled life.

It started out as Zune Music, but Microsoft bought it in 2012, promptly rebranding it as Xbox Music before changing its name again to Groove. Now, the company has decided to get out of the music business altogether, and is sending all of its paying customers over to Spotify.

The idea behind Groove music was a pretty solid one. When Windows 10 was rolled out, it included a new music player called Groove, and the music service was to tie into this new platform, allowing users to play either locally stored music files or subscribe to a streaming service, switching between the two seamlessly.

Groove Music Pass was the name given to the subscription service that allowed users to stream music via desktops, mobile devices and gaming consoles.

Although no detailed explanation was given, it seems clear that the service didn’t turn out to be the financial boon that Microsoft first imagined it to be. So, as part of the company’s next Patch Tuesday rollout, all Groove Music Pass customers will receive a notification and instructions on how to move their music collection over to Spotify.

Note, however, that the Groove music player itself lives on, and you’ll still be able to use it to play locally stored music files.

The bottom line is that if you’re a Groove Music Pass user, this may actually be good news. Spotify is an excellent service with a broader selection than that which was available on Microsoft’s service. They’ve been in the business longer and are obviously committed to remaining one of the industry’s top players, so the opportunity to switch, while it does carry some initial overhead and annoyance, is almost certain to be well worth it in the long run.