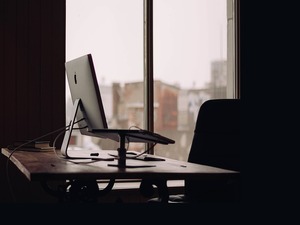 It’s an oldie but a goodie, and an attack vector that Windows users have seen since the late 90’s.

Macros. These are essentially shortcut codes that Microsoft Word and other applications use to automate certain processes.

They’re written in Visual Basic, and unfortunately, in addition to making your life easier in MS Office, they can also be used to install malware.

For the longest time, Mac users dodged the proverbial bullet and didn’t have to deal with attacks like that. If you ask a Mac user why, he’ll probably tell you that it’s mostly because Macs have better security, and while there may be something to that, the reality is a lot simpler.

If you’re a hacker and could choose to attack either the ten million Windows PC’s or the 150,000 Macs, which environment would you choose to operate in? More targets equal more opportunities.

Of course, with the advent of the iPhone, Apple has been drawing more attention to itself and all the products it creates and support, including Macs. It was just a matter of time before someone hit them with a macro-style attack. Now, it’s happened.

For the first time ever, a MAC-ro attack has been found “in the wild.”

If you’re a Mac user, the chief thing you need to be aware of is that if you get an email with a file attachment and click on it, unless you know the sender, don’t allow it to enable macros on your computer when prompted. If you do, you’re essentially giving the file permission to run whatever macros it contains, and since you don’t know the sender, that could have dire consequences for you and your company.