Drones are becoming a common part of our daily lives and more as more people and businesses begin adapting them to their unique needs and wants. While initially a military technology, the drone has grown into much more than just a tool of war and is slowly becoming as commonplace as the cars we drive.

While we hear about drones all the time many of us are unfamiliar with what they are and exactly what they can do. Drones are, quite simply, unmanned aerial vehicles which first found widespread usage as part of military operations for the United States and its allies. Today, however, the use of drones has grown considerably, and they can come in all shapes and sizes for a wide range of uses. It’s quite easy today to find a small drone for personal use that you can fly much along the same line as traditional model airplanes and helicopters.

Aside from their initial military uses for surveillance and advanced weapon deployments, drones are now being utilised for a wide range of business and even personal uses. Hobbyists fly these small aircraft for fun and have even attached video cameras to record their flights for later enjoyment. Businesses such as Amazon are also working to adapt the technology to provide faster delivery of goods to their customers. One of the latest developments with drones comes with the FAA’s approval for the use of drones by movie studios for the filming of movies and television. Drones will enable studios to create viewing angles never before seen by movie fans as they contain the ability to manoeuver virtually anywhere.

Currently, we are just seeing the beginning of the widespread adoption of this technology and you can expect even more innovation of drone technology to follow as the needs of both individuals and business respond to a world full of drones.

Drones are much safer and more manoeuvrable than other types of aircraft such as helicopters and they are also much quieter. Because of this, many experts believe we are finally seeing the beginning of a truly marketable flying car that could be controlled by almost anyone. As the technology continues to improve, you can expect it to be adapted to create vehicles that can move people from place to place quickly while remaining safer than you might expect.

Many governments have yet to establish any official rules when it comes to the flying of drones. Classic air safety regulations and requirements are simply not designed to accommodate these types of aircraft and many governments are finding that they must play a little catch up in order to regulate drones as they become more common. One thing is for certain, if drones truly are the precursor to flying cars that they promise to be, governments will have much work ahead in order to establish a set of safety regulations. These will need to protect citizens not just from the privacy concerns, but also there will need to be regulations to ensure the safety of the skies as the technology is further developed into flying cars or similar vehicles.

Gone are the days of the drone being simply a weapon of war as they are now finding a more widespread adoption by both businesses and hobbyists. For now, it seems, drones are here to stay and, in fact, they just may help usher in a new era of flying cars and automated vehicles that we have never before seen. 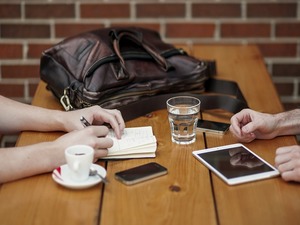 The Pros and Cons of a Mobile Workforce

Advances in technology are revising notions of what the typical workplace looks like. Once a central

According to Alexa, Amazon is the 4th most visited website in the United States and ranks 8th worldw 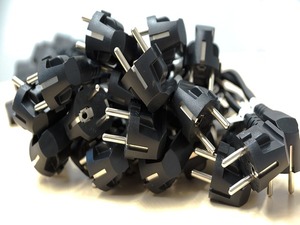 USB-C cable technology has enormous promise, so it’s a real shame that it has been plagued with so