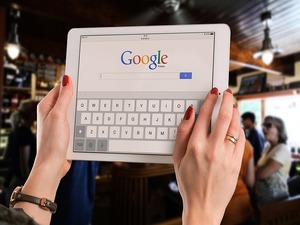 GoogleNow’s service has now been listening to, learning from and directing people for nearly three years, and the newest round of improvements reflects all of that time spent collecting information. As GoogleNow continues to develop, the goal is that it will become more and more like interacting with a human. While Siri did pioneer the “conversational search,” GoogleNow is beginning to dominate the market as more and more improvements are being made. The last round of improvements, made to the Android phone version of the app, has seen many positive reviews.

A Little About GoogleNow

Just in case you aren’t familiar with GoogleNow and the way it works, it functions very similarly to Siri in a number of ways. For example, with a press of a button or a command (“Okay, Google” is the default), you can ask the search engine a question. If GoogleNow knows the answer (it often does for questions like, “What’s the weather like today?”), it will simply speak the answer to you. If it doesn’t know the answer, it’ll take you to a search result-like page that will help you get the answer you need. It’s also loaded with fun and entertaining Easter eggs which are added regularly by the company.

Along the same lines, GoogleNow will remember your last query so that you can ask follow-up questions. You can ask something like, “Who is the President of the United States?” and when it answers, you can ask, “how old is he?” or “who is his wife?” and the program will know to whom you are referring and speak an answer. This is what conversational search is at its heart, and GoogleNow is only getting better at it.

If you visit GoogleNow’s default landing page on your phone – you can usually find it by sliding all the way to the left – you can see things related to recent searches, such as a TV’s show time (if you recently searched for it) or where your husband is (if you have his schedule synced with your calendar). You can even see weather or commute times to places you’ve recently been or have been searching for on Google. These are called app cards, and now new ones from different apps have been allowed from apps like Zipcar, Waze and Spotify.

This update also includes a new GoogleNow card which is called, “gas on your route”. This helps find gas that’s close to your route so that when you need to fill up, you don’t have to spend ten minutes looking for a station you didn’t already pass.

Setting Nicknames for People in Your Google Contacts

You probably know that Google syncs all of your contacts with Gmail and makes them Google Contacts, which can be backed up through your email account automatically, ensuring you never lose phone numbers if you lose your device. Now, GoogleNow can nickname these contacts. For example, you can tell GoogleNow to call or text your wife. If you haven’t set who that is, it will respond and ask who that is and then confirm that the contact you spoke was the correct one. Then it will remember that contact as your wife, and call them when you say, “call my wife.”

The company has said there are more updates coming, and some of them should be quite exciting as GoogleNow learns more about what those that use it need, want and could use.