Google Breached, Sensitive Data May Have Been Lost

In 2010, Google’s servers were hacked by Chinese hackers in attempts to get a hold of information that was private, US officials said. For the past three years, the government has been investigating the data that Google lost to ensure that only superficial information was leaked. However, it appears that more may have been stolen than originally thought.

US officials have told several newspapers, such as the Washington Post, that hackers were actually able to not only access US intelligence, but private data such as full credit card numbers and additional information stored on Google servers.

When the original attack happened, the security community was shocked that Google was the first company to come forward and tell the world that it had been hit by a massive hacking attempt that had come from China. They went on to say that the attacks were not only sophisticated, but had successfully stolen valuable information from the leading search engine’s servers.

While it’s still not clear how much information was stolen, the Chinese hackers did enter a database that had hundreds of thousands of US court cases that ordered certain surveillance on people in the US and other countries. This information, especially if the hackers accessed data about their own country, may lead to “disappearing people” as some head underground to avoid being spied on by the US.

But this wasn’t the last hacking attempt that came from China. In fact, as recently as January, another hacking attempt originated from the country and targeted Facebook, Apple, the Wall Street Journal, Microsoft, and a dozen other large players in the US.

Then, earlier this month, the Pentagon published a report saying that the Chinese government has been engaged in worldwide “cyberespionage” that has targeted not only large business networks, but small ones, too.

China denies all involvement in these cyberattacks.

If you are a small or medium business, and especially if you are a recent start up, the subject of b 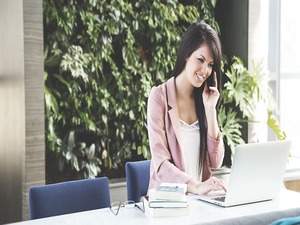