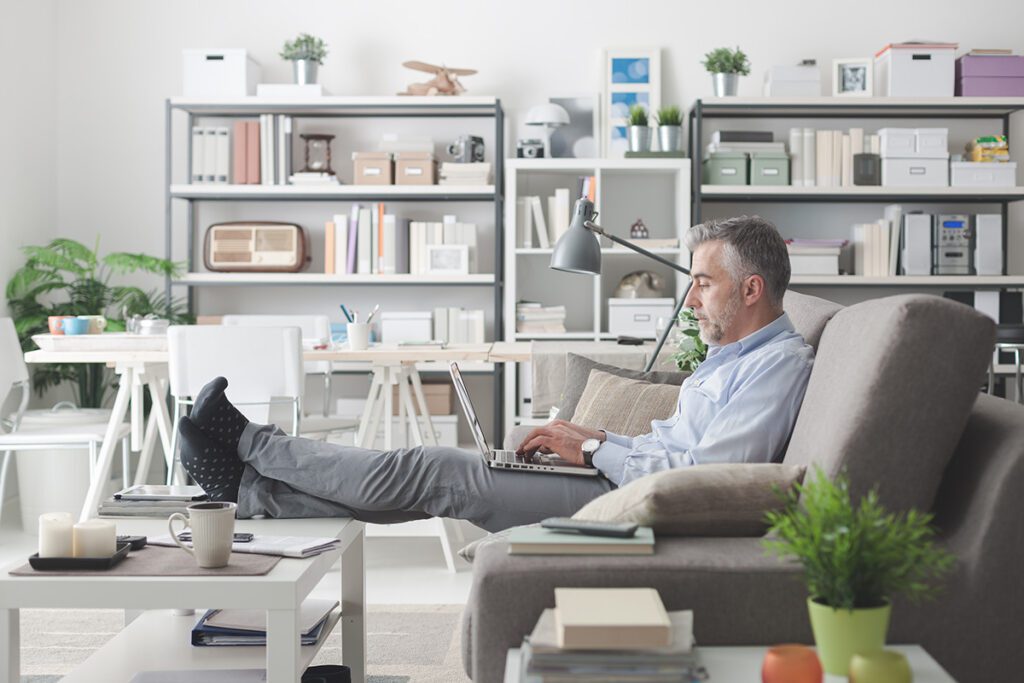 European office workers’ expectations about when they will be able to go back to their desks after the pandemic have slipped to the summer, according to a survey, as office return dates have been further delayed.

Despite the coronavirus vaccination programme and lockdown restrictions, workers in five European countries including the UK now expect to work from home until June instead of April, according to research by the AlphaWise unit at the US bank Morgan Stanley.

The further postponement of a return to the office came as the business software firm Salesforce joined the ranks of big tech companies which will permanently embrace part-time remote working following the pandemic.

The UK continued to have the highest numbers of office workers carrying out their roles from home at the end of January, for an average of 3.1 days a week, Morgan Stanley found, compared with employees in France, Germany, Italy and Spain.

However, more German workers had switched to remote working in January for an average of 2.5 days a week compared with about a month earlier, as the country extended its lockdown.

Morgan Stanley found that employees’ appetite for future home working has faded somewhat since last year, after a year of working in their kitchens, living rooms and bedrooms.

Half of office-based staff in the five European nations surveyed said they hoped to work from home for about two days a week in future.

Coronavirus has permanently altered working habits for some of the world’s biggest tech firms, with Salesforce the latest to join the likes of Twitter and Facebook in embracing remote working after the pandemic.

The San Francisco-based firm has announced that it will let the majority of its 54,000 global employees work from home in future for at least part of the week, including its 2,700 staff in the UK.

Salesforce, which has UK offices in the City of London and Staines, Surrey, said it would reopen its offices in line with government guidance and advice of medical experts.

It added that it would “continuously evaluate” its global real estate strategy “to best meet the needs across the business to further innovation, collaboration, and our commitment to our employees, customers, partners, and communities”.

The delayed return to offices and increased remote working in future, combined with higher unemployment, will continue to keep demand for office space low during 2021 and put pressure on rental values, Morgan Stanley researchers said.

They added that this would affect the leisure and retail businesses that depend on passing trade from office staff.

US banks with UK offices, including JP Morgan and Goldman Sachs, were among the first City firms to bring staff back to their headquarters last summer, before the government again changed its advice to recommend home working.

The Guardian understands that JP Morgan and Goldman Sachs have not yet set a date for a return to work, but hope to open their offices for staff other than critical workers, as government restrictions are eased.

Goldman Sachs employees who are working in the firm’s London headquarters for most of the working week have been required since mid-January to take two coronavirus tests a week. These tests are carried out in the existing medical centre inside the bank’s City building.