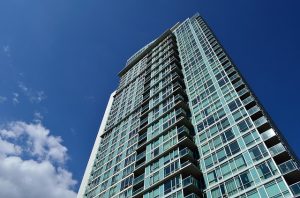 Nationwide may be “on your side,” as their ads claim, but they’re not immune to data breaches, and in 2012, they suffered a serious one that impacted more than 1.2 million of their customers. A post mortem investigation into the breach concluded that it was made possible because the company failed to install a security patch, which created an opening that the hackers were only too happy to exploit.

The company has now settled the case, having worked out an arrangement that satisfied 32 different state attorney generals and the AG from the District of Columbia. The result was a hefty $5.5 million settlement, and a pledge to update its security practices.

Under the terms of the agreement, the company has three years to accomplish the following:

The settlement also requires Nationwide and its subsidiaries to inform consumers that it retains their personal information, even if they do not become customers of the company.

As expensive and painful as this settlement is, it’s definitely not the end of the matter. There’s still a class-action lawsuit pending, and based on the shape of this settlement, that suit is all but certain to cost the insurance giant even more money.

This is a stark example of just how painful data breaches can be. Nationwide is a big company with deep pockets, so it certainly has the resources to weather this storm. Your company may not be so lucky.