The hashtag has become the flagship symbol for Twitter, and other websites are also incorporating the popular pound sign, too. Facebook most notably has started allowing categories to be tagged via hashtag, and rumor has it other social media websites are considering the same thing.  As far as Twitter is concerned, their hashtag works. You add a hashtag to a post to include it in the group of other tweets that include the same hashtag so you can reach a wider audience, and on that front, Twitter’s right – the hashtag is fully functional.

However, does this always happen? If you’re using a unique hashtag or an incredibly popular one, the odds that your tweet will be seen by a “wider audience” are small. Even if someone does happen to see your tweet, the likelihood of them spending more than a few seconds reading it is also small. This goes for both Facebook and Twitter.

Let’s say you search for the tag #socialmedia. The search brings up a ton of tweets that only mention social media, and don’t actually have the tag. How about you want to contribute to the Beyonce conversation that’s all the rage right now, so you tag one of your posts with her name? The fact is that the stream of tweets is simply going too fast to really have any chance of your particular tweet surfacing. Of course, your tweet could suddenly have a huge following because your page is popular or the tweet was particular unique. Then, Twitter’s formula for searching for tweets will push your tweet to the top of the search – but it’s already popular, and you don’t need that boost as much as you might think you do.

While using a hashtag might not be a killer for your small business, you will have to reach your audience in bigger, better ways. Don’t depend on this small symbol to help your tweets in any way. Instead, tweet unique, interesting content. While this may not bring a lot of people to your door, it’ll intrigue the audience you already have, meaning they’ll be more likely to follow you more often in addition to encouraging them to share. This is how a small business will grow popular, so when you do happen to use that occasional #MileyCyrus hashtag, people will already be paying attention, which raises your odds of having a popular tweet seen by a wider audience.

If you’re using the hashtag to gather interesting data (The New York Times used #snowku to gather haikus about snow), then feel free to keep doing what you’re doing. However, the hashtag isn’t as holy as people think it is – so remember to keep your content a step above the rest to really stand out.

Are Uber, Lyft A Better Choice For Your Business?

You may not be familiar with the name Travis Kalanick. He’s the CEO of Uber, one of the major 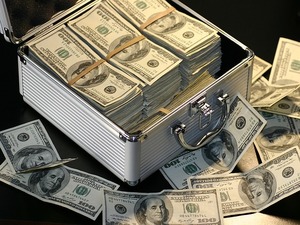 If you’ve never heard of a banking Trojan called Dyre, then consider yourself lucky. When Russian 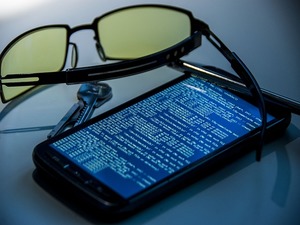 There is some big news out of the FTC recently. The agency has announced that they are relaxing the