Apple UDIDs Stolen by AntiSec – Were You a Victim?

AntiSec, a well-known hacker group, posted last Monday that they had gained access to an FBI database and stolen some 12 million Apple UDIDs, also known as Universal Device IDs. Out of all 12 million, AntiSec only posted 1 million for the public to see.

Lifehacker says that “none of the data is personal information,” but could potentially be linked to “device owners, names, and addresses.”

Do you own an Apple product? There are several ways to see if your information was leaked:

If you want to make sure your data wasn’t released, there is an AntiSec file available for download. The file contains all one million UDIDs, and there’s no quick way to sift through it. The file also contains a significant amount of data that has nothing to do with the stolen UDIDs, but rather tells the reader all about AntiSec and their goals. There are several download links towards the middle of the document. 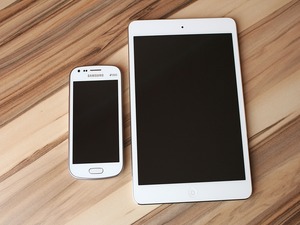 We’ve all been there. We fire off a text to someone before we realize we have either mistyped a wo

“Spear-phishing” – What it is, and How it Works