Apple: Have You Looked at Your Old Designs, Samsung?

In the great debate between Apple and Samsung, Apple has brought forth new evidence that Samsung did indeed copy their designs with the Galaxy Tab’s newest redesign. To further convince the courts of Samsung’s patent infringement, Apple simply pulled old designs of Samsung’s tablets before the iPad was launched. Their tablets have done a complete 180 since 2006 when Samsung launched their first tablet.

Apple has been battling Samsung for months now over the alleged stolen designs and features of both the iPad and the iPhone. Currently, they want $2.5 billion in damages and a ban on both the GalaxyTab and the Galaxy phone. Samsung is fighting admirably against the iPad makers, saying Apple is the company that is the one infringing on patents owned by Samsung.

Apple took several pictures to court on Thursday, comparing the first Samsung tablet launched in 2006 and several over tablets, including the 2001 Compaq tablet, the first iPad, and the 2002 Motion M1200. The pictures then follow the progression of the iPad and the Samsung tablets until present day, where Apple says that “the tablets look Apple-esque.”

The case is due to end in late August when final and closing statements will be heard from both sides. 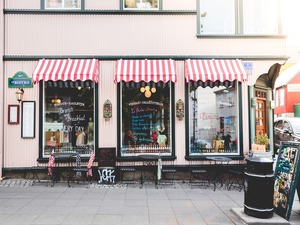 Does Your Business Need a Brick and Mortar Storefront?

Amazon has started adding brick and mortar stores, and several other large online retailers have sta