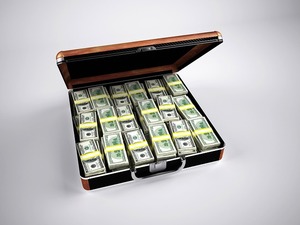 Your Personal Information Is a Valuable Commodity

There have been a lot of articles all over the web, outlining the width and breadth of various data breaches, some of which have seen the hackers make off with tens, or even hundreds of millions of consumer records which contained a variety of sensitive information. The question that seldom gets asked, however, is what is being done with this information.

The short answer is that most of the time, it’s being resold. The hackers who steal people’s identities tend to be a different group than the ones who breach major systems to steal the data in the first place.

The information is typically sold on the dark underbelly of the web, commonly known by the less-than-imaginative name, “The Dark Web.” The easiest way to get to the Dark Web is to download the TOR browser and start poking around, but be warned that you might not like what you find. There are forums on the Dark Web where you can find any number of illegal items and databases containing a variety of personal information for sale to the highest bidder.

So, how much are you worth to a hacker?

Those numbers might not sound all that impressive at first glance, but bear in mind, when hackers breach a system, they don’t just make off with a few dozen, or even a few hundred records. They steal as many as they can, and those numbers can easily run into the tens of millions of customer records. Multiply that out, and you’ll get a sense of just how much money the hackers are making.

The bottom line is, you’re more valuable than you realize. Guard your information carefully.