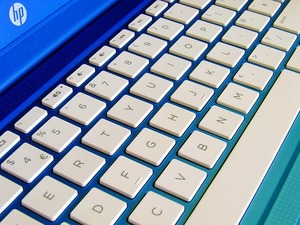 Your Next HP Printer May Be A Samsung

HP, a giant in the printer industry, is looking for new ways to grow its business. As hardware companies have been seeing a steady erosion of revenue, HP isn’t taking it lying down. In response, the company has finalized an agreement to acquire Samsung’s printer division, which will give it a complete line of printers capable of accepting A3 paper size and a staff of six thousand, including 1,300 engineers and more than 6,500 patents.

Samsung is a relatively small player in the printer industry. It is so small, in fact, that revenue from its printer business (some $1.8 billion, as of last year), doesn’t even get its own line item in the company’s annual report. Nonetheless, the acquisition is an important one for HP, and may well help it offset its own declining revenues.

The move would also help lessen its reliance on Canon, which currently supplies the company with virtually all of its laser printer mechanisms and cartridges. Not that the relationship with Canon has soured in any way. In fact, the company has specifically stated that their relationship will continue, but having more options and flexibility on that front is better than having less.

The main goal the company is hoping to achieve with the purchase is to bolster its position in the lucrative photocopier market, which HP values at some $55 billion. Since being spun off from Hewlett Packard Enterprise, HP’s revenues have been in a state of almost continual decline, with $21.2 billion in printer revenue for 2015, down more than 8.5{7e4ee7cd997d36f6dec43befd6b19c37edf0959bbf61766e988f901dd91e96d7}. Total revenues this year are down 14{7e4ee7cd997d36f6dec43befd6b19c37edf0959bbf61766e988f901dd91e96d7}, so clearly, the company is facing some serious fundamental challenges and is taking decisive steps to turn things around while it still can.

It will be some time before it can be said with any degree of certainty that this move was the magic bullet HP needed to reverse its declining fortunes, but on the surface of it, it appears to be a savvy move that should better position the company for long-term growth.