Windows 7 PCs Make a Temporary Comeback Due to “Popular Demand”

Posted at 17:00h in Blog by grapevinemsp 0 Comments 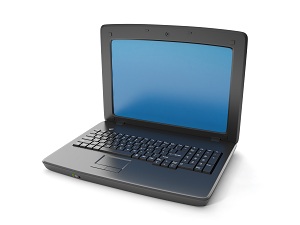 HP, one of the largest makers of desktop and laptop computers, hasn’t put in the towel for Windows 8.1 just yet. However, that doesn’t stop them from bringing back Windows 7 to spur on some sales.

A few days ago, HP announced they would bring back Windows 7 for a few months in a handful of desktop and laptop models. These computers have the same specs as a computer with 8.1, but they do not include Windows 8.1 as part of the operating system. This temporary change is also accompanied by a $150 discount to any Windows 7 computer that is Core i5- or Core i7-powered.

Windows 8.1 machines are still available, and HP has no intention of discontinuing the newest version of Windows on its computers. However, the company thinks it may have switched over to Windows 8.1 exclusively too fast. In fact, in a recent poll, over half of respondents indicated that they preferred Windows 7, including business owners, employees and at-home users. Of those who said they preferred Windows 8, many said they “use it like Windows 7” – that is, they don’t take full advantage of the app-like interface and instead use the more familiar desktop and Windows start key.

In addition, businesses are struggling to convert their employees over to the new system, as it isn’t as intuitive as past Windows versions. This is, in part, because of how massive the change was with Windows 8. So even though the new Windows version does have some key features that any business could use, Windows 7 is still growing faster than Windows 8 in the private sector.

In some cases, even older versions of Windows are still used in business environments, such as Windows XP, which is still used by up to 30{7e4ee7cd997d36f6dec43befd6b19c37edf0959bbf61766e988f901dd91e96d7} of business-owned computers. The 12-year-old operating system will no longer have security updates starting in April of this year. In addition, around this time Microsoft plans on overhauling Windows 8 extensively. So extensively that the company may name the product that is produced “Windows 9” to help consumers differentiate between it and Windows 8.