Apple enthusiasts are waiting with baited breath for the release of the iPhone 6. As ever, speculation is rampant about the new product, what it will look like and what new features it will have. Below is a rundown of the different rumors, and how likely each are of being true.

It seems likely that the new iOS will coincide with the release of the iPhone 6, so people will be able to thrill at both the new features of the phone and the new gadgets, gizmos, and capabilities of the new phone.

Apple is playing catch up in this regard. Many of the products that the iPhone 5 competes with have bigger screens, and Apple, having earned the ire of her fan base in previous months, will be eager to kiss and make up. This is the quickest and easiest way to do that. Don’t expect Apple to leapfrog over the competition, but their new offering will come in on par with what everybody else is offering.

TouchID For All (Probable)

It appears ever more likely that all Apple Apps will be able to tap into the TouchID feature. A small, but welcome change.

This again, is almost a given. The rumors surrounding the release of iOS 8 play into this nicely.

Again, taking cues from what’s coming via iOS 8, it seems likely that the new iPhone will become an increasingly robust gaming platform. That doesn’t help in terms of business applications (or at least not directly), but it’s a welcome addition, making the iPhone more versatile than ever.

It’s hard to pin this rumor down. It seems mostly conjecture at this point, but it would give the iPhone/iPad a sleeker, sexier look, and Apple is strong on aesthetics. Too early to tell here, but if we don’t see it in the 6, it could well be coming in a future release.

Rumor has it that Apple has once again worked out ways of slimming down their batteries. If that turns out to be true and correct, then we can count on the latest iPhone being their slimmest offering yet.

Recent acquisitions by Apple make this at least a strong possibility, but by no means a certainty. Mostly it depends on how quickly Apple’s newly acquired gadgets and gizmos can be woven into the fabric of their products.

On the whole, I think we can expect Apple’s new offering to be more evolutionary than revolutionary. There are a few key areas of the tech where they’re a bit behind the curve now, and having to play a little catch up (many competitors offer bigger screens, and HTC has better speakers, to name but two examples) but when released, I think Apple’s latest will be a strong contender. Likely, there will be disappointment at the limited scope and sweep of changes, but Apple has one of the most enduring customer bases of any company in history. More fans than customers, really, and they will be thrilled. 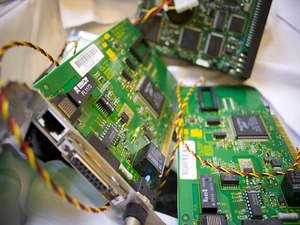 Three Ways a Network Audit Can Save You Money

Audits. Nobody likes the term, and often, the mere mention of an audit is enough to make business ow

Why You Should Take Threats to Your Infrastructure Seriously

As a business owner, protecting your infrastructure from outside attacks is crucial for protecting y 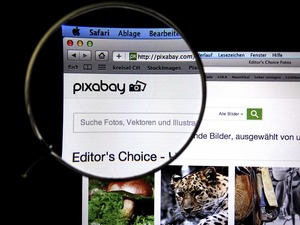