Watch Your Blog Comments, Or Risk Getting Flagged 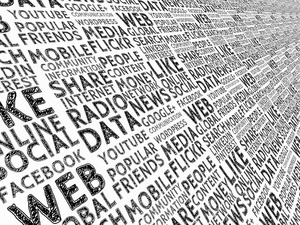 29 Apr Watch Your Blog Comments, Or Risk Getting Flagged

If you participate in blog conversations, then you’ve probably heard of Disqus. It’s the largest and most well-known blog commenting software on the web today, used by a variety of news media sites and blogs of all shapes and sizes. Its user base numbers are in the hundreds of millions.

Unfortunately, since literally anyone can install Disqus commenting software on their blog, it has, in recent years, become associated with a variety of unsavory websites that make no effort to moderate their discussions or to keep a lid on trolls. This has had some effect on the company as a whole, damaging its brand as it becomes indirectly associated with hate speech and trolling on the internet.

Recently, the company has decided to take a more active stance, and is currently in the process of rolling out new tools that will allow users and moderators more control.
Users will soon be able to alert Disqus if conversations on a given blog are of a type that violate the Disqus terms of service. This flag brings the site to the attention of Disqus personnel who can then determine whether to continue to allow the blog in question to use their service.

Moderators will be able to issue “Shadow bans,” which make a poster’s comments invisible to everyone except the person he or she is responding to. They will also be able to issue “time out bans” of varying durations, depending on the nature of the infraction.

The goal here is not to limit free speech, but to ensure that hate speech is identified and dealt with in a responsible way. Kudos to the company for attempting to tackle this thorny issue, although it remains to be seen how much impact their new tools will ultimately have.