If you have a Verizon phone and have been living without the lightning fast speeds of 4G LTE, now’s the time to see if you’ve been one of the lucky 29 areas to receive LTE as of yesterday.

The company announced this past week that areas like Port Angeles, Washington and Selma, Alabama were going to be among the markets that LTE was coming to next. As of this latest addition, Verizon offers the quickest Internet available to 470 markets across the US. Verizon is also working on expanding several of their current markets so that over 250 million people are covered by the faster service.

Several critics believe that Verizon’s announcement only came now because last week, AT&T brought 4G LTE to five additional cities, bringing their total to 25 cities in all. Verizon did not hesitate to point out the astounding difference between AT&T and their own coverage. However, AT&T was just as quick to point out that, in speed tests, their network is faster.

Verizon is still far ahead in terms of availability and of their own personal goals. The company said at the beginning of the year that they wanted 4G LTE in 400 different markets. It’s not even the end of the year yet, and they’ve surpassed their goal.

So if you’re looking for Internet that you can take almost anywhere in the continental United States that is unlikely to fail you when you need it the most, you may want to take a gander at Verizon’s offerings if you haven’t already (4G LTE also applies to their prepaid phones).

In marketing parlance, it’s called the “up sell” and sometimes the side-sell, and its purp

When Microsoft announced in September of 2014 the new Windows platform, you could almost hear the co 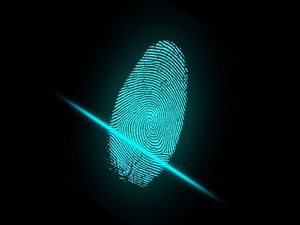 The internet is beginning to resemble the wild west, thanks to this latest data breach, which has ex