USB-C Growing: May Carry HDMI Signal In The Near Future 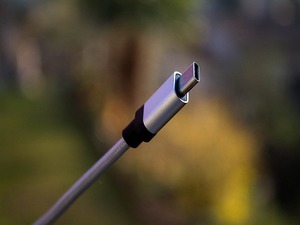 05 Oct USB-C Growing: May Carry HDMI Signal In The Near Future

The development of USB-C cables has generated quite a lot of excitement in the industry – even more now that there are standards in place to prevent faulty cables from being sold. This had been an issue in months past, where shoddily-made USB-C cables didn’t handle or monitor the throughput of power properly, resulting in several instances of fried electronics.

With that problem solved, the excitement is back, and the latest buzz is that HDMI Licensing has announced the release of HDMI Alternate Mode, a new specification that will allow native HDMI connectivity through a USB-C cable, without the use of an adapter or dongle. When available, this will easily make USB-C the most useful, versatile cable on the market.

There’s no set timeframe for the formal release of HDMI Alternate Mode. As of now, it’s just a standard, so it’s not something you can order online or buy in a store. But it’s definitely coming, and with USB-C on track to be thoroughly mainstream by next year, the demand for single cable HDMI connectivity will be enormous.

This is but the latest in an ongoing trend toward standardization in the industry, and is very heartening to see. With more and more devices able to send signal across a common cable type, it makes purchasing and maintenance of core IT infrastructure that much simpler. Given the speed at which business operates today, any move to streamline and simplify is a welcomed move indeed.

The hope is that we’ll see no further events that might dampen the enthusiasm for USB-C, but even if there are, the tech currently has so much momentum behind it that it’s hard to see manufacturers wholesale abandoning it at this point.

Intel has adopted the USB-C form factor for its Thunderbolt 3, and Apple is currently using a single USB-C connector on its Macbooks for both peripheral input and power. The tech, then, is here to stay. The fact that it’s finding an increasing number of uses is icing on the cake.