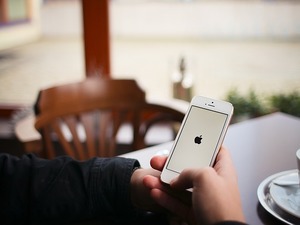 Smartphones rule the world. Even a few years ago, a statement like that would seem silly, but today, silly has become fact. There are more smartphones in active service today than there are human beings living on planet earth, and we use them for just about everything. People watch videos, stream music, do work, play games, do their taxes, and more, all from that convenient little handheld device you keep in your pocket.

Given that reality, security on these devices is becoming increasingly important. That’s why Apple’s recent announcement about a major security flaw was greeted with gasps of horror. Now, to be fair, there’s no evidence that this flaw has actually been exploited yet, and Apple has already released a security patch to fix it, but of course, the patch works if you install it.

This flaw could allow hackers to create a fake Wi-Fi network. If you connect to that network, they can gain full access to everything on your phone. Purchase history, passwords, banking information – the works, so as threats go, this one is fairly major. The only bright spot here is that most users simply rely on their carrier’s network for service, and don’t regularly connect to unknown, untrusted Wi-Fi networks, which limits the scope and scale of the potential damage.

The fix is simple enough. Just download and install the latest patch for iOS and you’re all set (the latest patch being 9.2.1), but the bad news doesn’t stop there. Google has reported similar security flaws in Android, which powers the bulk of smart devices on the planet. Unfortunately, Google doesn’t control their own ecosystem, so there’s no patch they can issue that will fix it. Those security issues will have to be patched by the carriers themselves, and there has been no firm word on when, or even if such a fix is forthcoming.