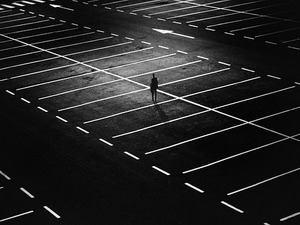 Thieves Are Using Technology To Hack In And Steal Cars

The world’s hackers are branching out. No longer content to simply breach the digital fortresses that today’s businesses and governments have become, they’re now beginning to turn their attention to automobiles, too. In recent weeks, four vehicles with electronic key FOBs and digital security measures have been stolen. No trace of them has been found thus far.

A recently released YouTube video shows a hacker, caught on a security film, breaking into a 2010 4-door Jeep Wrangler Unlimited. Although we can’t tell from the footage exactly what he’s doing, he boots up the laptop he brought with him, gains entry into the vehicle, and drives off in less than two minutes.

According to industry insiders, the current theory is that the thieves are using tools that are normally made available only to dealerships, and marrying a second key FOB to the car. Once that has been done, they can insert the newly paired key, start it up, and simply drive away.

It’s no secret that hacking attacks have been increasing in scope, scale and sophistication, but this takes their activities to a whole different level. Obviously, with just four stolen cars, it’s impossible to say whether this represents an isolated pocket of hacking activity, or if we’re seeing the bleeding edge of a newly emergent hacking trend that will grow explosively in the months and years ahead.

Only time will tell us for certain, but given that we now have proof that these kinds of attacks are possible, even if it doesn’t become a booming side business for the hacking community on a global, or even national scale, we can expect to see more attacks like these.

Already, General Motors and Tesla have been forced to make changes and updates to their digital security systems. We can expect to see other automakers fall victim to similar tactics going forward. The bottom line is that digital security isn’t just about computer hardware sitting in your office. It can even impact the car you drive. Be on your guard.