The WiFi of the Future May Consume Much Less Power 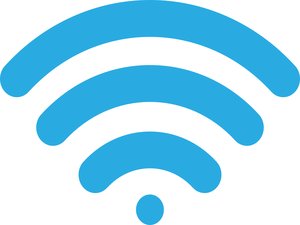 Battery life for mobile devices is their single biggest weakness. The greatest challenge in growing and managing the exploding “Internet of Things” isn’t the devices themselves, but rather, the power required to wirelessly transmit the data they’re reporting. Energy is money, and even as research continues to extend battery life to new horizons, there is other important research being done to conserve power.

Recently, electrical engineers at the University of Washington have developed a working prototype that could have enormous implications for wireless technology. Called “Passive WiFi,” it changes the way that WiFi works, and in doing so, the new methodology draws 10,000 times less power than the conventional WiFi we’re all using today. The engineers reported that in terms of power savings, the difference this will make would be comparable to the differences you see now between your battery life with WiFi turned on, versus having it turned off.

The implications of this are almost beyond imagining. Granted, it will be a few years before the technology is readily available, but when it is, it, combined with emerging advances in battery technology that are being primarily driven by Elon Musk and Tesla Motors will usher in an era where wireless devices draw almost no power, and the devices we have come to rely on so heavily in recent years will be able to remain in continuous operation for a fraction of the cost we pay today. This is paradigm shifting technology, and is but the latest advancement in our ongoing technological renaissance that shows no signs of stopping, or even slowing down.

It is often said that speed is everything in business, but that’s too simplistic. Speed matters, yes, but of equal importance is cheap, ubiquitous connectivity. Passive WiFi is an important piece of that puzzle. If you thought the last few years of technological advancement was amazing, hang onto your hat – the best is yet to come.