A list was released in the past few months that included the most commonly-used passwords of last year. These passwords, and any variation of these passwords, are some of the passwords that will be tried first when a hacker is attempting to get into an account. Considering the amount of data that has been stolen from places like LinkedIn, Twitter, and Microsoft, it’s important you choose a unique, difficult-to-guess password and change it regularly.

Here is the list of passwords released by CBS News:

What Should I Change It To?

Your password doesn’t necessarily have to be complicated to be a good password, but it’s important to avoid information that could be stolen if a website were hacked (such as your birthdate, email, or phone number). Many websites require a capital letter, eight characters, and a number. It’s also a good idea to include a special character such as ! or *.

In addition, creating multiple passwords that you use for different websites is also a good idea. Your Facebook password shouldn’t be the same as your banking password, and your banking password shouldn’t be the same as that of a gaming account. All of your passwords should be easy for you to remember, but exceedingly difficult to guess. Make sure everyone in your organization understands the importance of good password security, and it’s likely you’ll be safer than those who do not educate those at their companies at all. 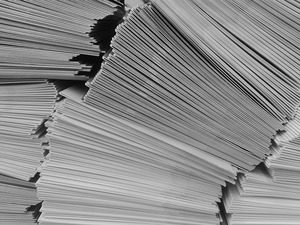 Do You Need an Email Autoresponder?

Re-inspiring Your Employees (and Yourself) at the Workplace

It’s easy to get complacent at the workplace, especially if you do the same thing day in, day out.