The Retina Display Comes to the New iPhone’s bigger screen

Apple’s new Retina display has already been released on the 3.5 inch iPhone 4S and the 9.8 inch iPad, making the new XL iPhone the third device if Apple’s to have a retina display screen.

Apple’s retina display screen technology raises the pixel density per square inch so much that the eye is unable to distinguish individual pixels, making photos and games incredibly beautiful and vivid – it even makes web pages and text in books more crisp.

This new iPhone is expected to come out in the second quarter according to Reuters, whom was citing a report in South Korea’s Maeil Business Newspaper. The newspaper did not state any particular release date or any design announces beyond just the screen size, but Apple will likely take advantage the larger screen size and phone could potentially offer.

The larger phone is a huge step up for Apple, as most of their screens thus far have been right around 3.5 inches. The new screen size will allow for Apple to also include updated chips such as the A5X which features quad-core graphics.

Compared to the current technology, this larger phone would blow the current market out of the water, considering the runner-up would be the Samsung Galaxy S II Skyrocket HD that has a 4.65-inch screen without the retina display or quad core.

However, this is currently in the rumor stages, and many critics say that it could simply not be true – and likely isn’t. “There have been persistent rumors that the next generation iPhone would carry a larger 4-inch screen,” said MacRumors, a popular Apple enthusiast site. “And we are convinced that Apple exactly such designs in late prototype stages in China, but it simply hasn’t happened yet.”

There were many rumors circulating before the launch if the iPhone 4S that the screen sized would be increased, but when the phone was released, that simply wasn’t true. The rumored size was 4.2 inches, however, so the larger 4.6 inch screen may come to pass with the new generation if iPhone.

Media monitoring is one of the components of competition monitoring. The basic idea is that you sele

There has been much discussion about the alleged iPad mini as of late, but there hasn’t been any o 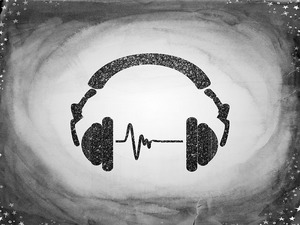 Scientists Prove They Can Get Passwords From Brainwaves

It just may be the ultimate hack: stealing passwords from your brainwaves. It’s something that has