The Hidden Value of Customer Feedback from Social Media 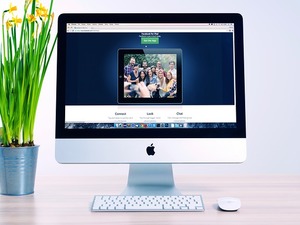 12 Aug The Hidden Value of Customer Feedback from Social Media

Most companies that are active on social media are aware of the importance of having a social media manager, a specialist who analyzes and brings their insights and conclusions about the company’s status on social media sites to management. There are obvious metrics and superficial insights that can be gained from a cursory examination of the data generated by social media analytics. However, to dig deeper and find the hidden meanings and value of what is being said requires considerably more effort.

This is the most important aspect of social media analysis. Yes, on the one hand it can be superficial. If a customer says that your hammer with the wooden handle causes splinters in their hand because the wood is made of an inferior material or is unsuitable for the weight of the head of the hammer, that clearly speaks for itself. But if a customer suggests that the handle of the hammer could use improvement, perhaps by covering it with a rubber or plastic sheath, there are a number of possible meanings and problems that are present. Getting specific information from the consumer would be the next logical step.

What can be asked is why the consumer who was general and vague about their complaint/recommendation would choose not to be harsher with their criticism compared to the obviously irate and dissatisfied customer. One possibility would be that the customer was a regular buyer of the company’s products and was satisfied with almost everything – except this particular product. Another possibility is that their muted response would elicit more specific and vocal complaints from other users. Yet another possibility is that the customer really didn’t have any problems with the handle and was just making recommendations to improve the product.

The hidden value in this example is being able to identify the type of consumer most likely to purchase one of the company’s products. Not all customers are created equally, but products themselves and the connected marketing messages are aimed at specific, target markets which have specific demographic and psychographic data to support the marketing campaign. The responses from social media need to be used in conjunction with the overall marketing and advertising strategies to have an even greater value.

Twitter has recently added the ability for its users to form specific, invitation-only groups. For businesses, this additional feature can be used to invite specific groups of customers to a Twitter group meeting where answers and clarification to social media messages can be obtained. Twitter is not the only social media network that has group capabilities, and other social media such as Facebook and LinkedIn have their own form of interpersonal communication. The important things is to get organized and begin to ask the questions – internally and to customers – as to what the acquired feedback is really indicating about the company and its products. This is not considered to be an extra step, but rather an extension of the social media analysis and feedback process that many companies in every industry find extremely valuable to their future product and marketing plans.