Take Your Business Wireless On A Tight Budget

23 Dec Take Your Business Wireless On A Tight Budget 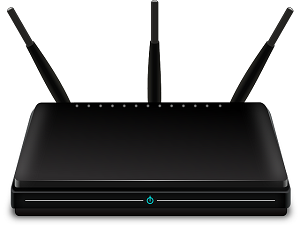 Wireless connectivity has become the de facto standard, both at home and in the business world. Many small business owners have a wireless network set up in their homes, and the thinking is: Hey, it was easy to set up at home – setting up a wireless network for my office should be a snap.

And Then, Reality Intrudes

That’s the thinking, yes, but invariably, reality smashes the rosy perception. Setting up an Enterprise-level wireless network is not the same as setting up a home network. There are a lot of moving parts, and a lot to consider. Worse, Enterprise level equipment tends to be atrociously expensive. You can pick up a four port Netgear router for your home network for about thirty bucks. Something like that just isn’t going to fly for office use, but you may not have the money for the top, or even middle-tier Enterprise equipment. What can you do about that? Surely there’s a middle way. Something that can get you up and running wirelessly without breaking the bank.

As it turns out, there is, but the low-cost Enterprise solutions all come with tradeoffs.

You’ve probably seen this before:

The same thinking applies here. If we proceed from the assumption that money is the central issue, then you’re left with either getting something high quality and cheap, but not fast, or something fast and cheap, but with a radically scaled down feature set (not very “good”).

Fortunately, there are some good solutions that fall into both of those categories. In terms of the fast/cheap combination, an excellent choice is Ubiquiti Networks 11-port offering. At under a hundred dollars, it will get you up and running in no time, and for next to no money.

Of course, as promised, the tradeoff is in the feature set, or rather, the lack of feature set. You don’t get any of the monitoring data and status reports that come standard with Enterprise-level gear. The other potential downfall of the system is that it tends to struggle a bit when handling video-heavy loads. If you don’t do a lot of live streaming in your office, that won’t be an issue, and if you can live without the reporting and handy dashboard features that come with more robust equipment, then this could be the piece of tech you’ve been looking for.

On the other hand, if you want something with more features, then you’re going to give up a bit of speed. In that case, you’ll want to give cloud-based Open-Mesh a look. It will get the job done, but you won’t be sitting on a blazing fast connection or much in the way of support. Perhaps you don’t need either, and if not, then this offering will serve you well.

It should be noted that these entrants into the market have caused a bit of a ripple effect. The top-tier Enterprise players like Cisco and Aruba are now offering entry-level AP’s with scaled down feature sets at low prices to compete for this segment of the market. They too are worth considering, though because their brand names are so instantly recognizable, you’ll pay slightly more. If you’re willing to spend a little extra, they’re very good options as well.