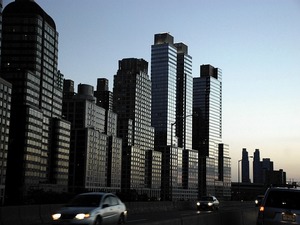 There has been an explosive growth in companies offering private cloud as part of a broader offering of managed services, and businesses are responding positively to the trend.

The survey also probed more deeply, seeking to understand the reasons so many CIOs were making the choice. By a wide margin, the main reason cited was the potential for cost savings. Not far behind though, was the ability to scale new computing capability on demand, quickly and easily, which was cited by fully 62{7e4ee7cd997d36f6dec43befd6b19c37edf0959bbf61766e988f901dd91e96d7} of survey respondents. 51{7e4ee7cd997d36f6dec43befd6b19c37edf0959bbf61766e988f901dd91e96d7} of those responding to the survey indicated that moving to the cloud would free up their native IT staff to perform more high value work, farming out the nuts and bolts of IT infrastructure to third parties.

Having touted a number of reasons in favor of cloud migration, the survey uncovered the biggest pain points of doing so as well. Here, the biggest concern was the issue of security. While it’s true that private cloud services are significantly more secure than the public cloud, it’s equally clear that some misgivings remain, with fully 42{7e4ee7cd997d36f6dec43befd6b19c37edf0959bbf61766e988f901dd91e96d7} stating that security was the biggest hurdle they faced in terms of successfully selling the migration.

Is your company on the cloud? Do you have plans to migrate? If you’re not sure such a move is right for you, give us a call today, and a member of our knowledgeable staff will be happy to speak with you about it. We can assess your current computing needs, and help you determine whether or not a migration to the cloud would be of benefit to your company.

Early Adopters: Is it Worth the Risk of Adopting New Technology?

You hear your IT guys toss these terms around all the time. It can be dizzying. They all amount to t

The genie is officially out of the bottle, and there’s no putting it back again. Autonomous cars a