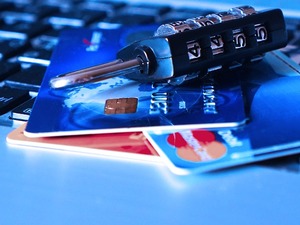 Single Hacker Convicted For Over 2 Million US Credit Card Thefts

The story of the fall of the hacker going by the alias “Track2” is an absolutely riveting one. Track2, whose real name is Roman Valerevich Seleznev, is a thirty-one year old from Russia. His criminal enterprise thrived from 2009 to 2013, when it was finally shut down, but unfortunately not before he did a considerable amount of damage on a global scale.

Among other things, Track2 was personally responsible for hacking POS (Point of Sale) terminals, and making off with more than 2 million US credit card numbers, selling the data on the Dark Web, and defrauding nearly four thousand financial institutions in the US alone for more than $169 million.

His attacks focused primarily on small to medium sized businesses, which lacked the funds to put robust security measures in place, and many of his victims have been forced to file bankruptcy as a consequence of his attacks. He was recently found guilty on numerous charges and could spend decades in prison.

This is remarkable, given the fact that his father is a highly-placed Russian legislator, and the story surrounding his capture sounds like something straight from the New York Times’ Bestseller’s List.

Seleznev was actually vacationing in the Maldives, and on attempting to leave, he was detained and flown by the Secret Service to the US territory of Guam, where he was formally arrested. Law enforcement refer to this kind of activity as “informal extradition.” The Russian government calls it kidnapping. Whichever term you prefer, the end result was that Track2 was flown from Guam to the US mainland to stand trial, and has now been found guilty.

We often think of hackers as being part of a big, globally based community, and while they do communicate and talk shop, they’re mostly lone wolves. Taking down a big, high-profile “wolf” like Track2 was a major accomplishment. It won’t do anything to help all those he has hurt in the past, but it will, at the very least, destroy his organization and keep him from harming others in the future.