Shifting to EMV Chip Cards: What You Need to Know 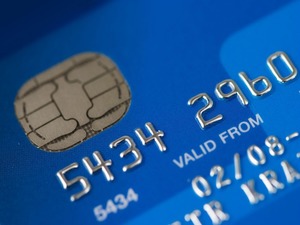 25 Nov Shifting to EMV Chip Cards: What You Need to Know

October 2015 marked the start of a new era in the world of payment by card. The switch to EMV cards is well underway, and it’s important to be aware of what they are and why the change is being made.

What Does EMV Mean?

EMV stands for EuroPay, MasterCard and VISA. EMV cards are equipped with computer chips that are used for transactions instead of using the traditional strip-swiping method. Instead of swiping, a card holder will insert the side of the card containing the chip into a small slot and wait a few seconds for it to process. Users will still sign or enter PINs depending on the credit or debit status of their cards. The computer chips are much more difficult to counterfeit than the magnetic strips. The difference is this: the magnetic strips of traditional cards hold unchanging data about the information necessary to buy things, while the computer chips generate one-time codes for each transaction.

Statistically, nearly half of the credit card fraud in the world occurs in the United States. This is an astronomical number, and after incidents such as the post-Thanksgiving Target breach of 2013 (which resulted in as many as 40 million cards being compromised), security has never been more important. Once hackers have access to the unchanging information transferred by a traditional strip, it can be used against the holder’s will until that card is cancelled. The one-time codes generated by the chip cards cannot be copied because they cannot be reused for new transactions, making them a much safer alternative. This is a huge move toward preventing catastrophes such as the Target breach from happening.

What Does This Mean for Business?

The answer is simple. It is time to move toward a safer option for card purchases, and swiping will eventually become a thing of the past. Experts say that business owners should prioritize the installation of chip-reading technology. Customers are going to start desiring (and expecting) the extra security provided by chip-reading, and switching to EMV technology as soon as possible will help business owners stay ahead in the competition.

People already have the holidays on the brain, and the insane shopping season is commencing. The last thing people want to worry about during this time (or any time) is the safety of their bank account information being compromised. These breaches are detrimental to business. The added security of EMV chip cards can benefit business owners and consumers alike during the holidays and year-round.