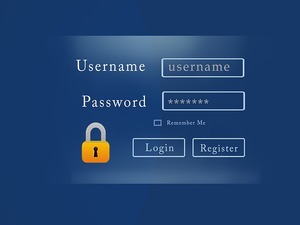 Given the number of high profile data breaches that occurred in 2016, it’s hard to believe that anyone would still be using obvious or insecure passwords. But that’s is what the latest survey from digital vault company, “Keeper,” unfortunately reveals.

Every year, they publish their list of most widely used insecure passwords, as gleaned from passwords that were made public via data breaches occurring in that year.

Topping the chart for two years in a row was the password “123456.” If there’s a less secure password than this, it’s actually difficult to imagine what it might be. But several of the others that showed up in prominent positions on the 2016 list were also widely used in 2015, including “qwerty,” “111111,” and of course, the infamous “password.”

This should go without saying. Last year saw the highest number of security breaches in the entire history of the internet, and that there’s every indication that 2017 will be another record-breaking year. If you’re still using passwords like this, you are part of the problem.

If you have any employees using passwords like this, they’re essentially a ticking time bomb. If your company’s security is breached, odds are good it will be because someone in your organization is using a weak password and simply not taking digital security as seriously as they need to be.

All of this underscores the need for diligence and education. If it’s been a while since your employees have attended data security training classes, there’s no time like the present to get that set up. Remember, your security system is only as secure as your weakest link, and if your weakest link is being protected by a password like “password,” then you’re in real trouble, no matter how much you’re spending to keep your data safe.