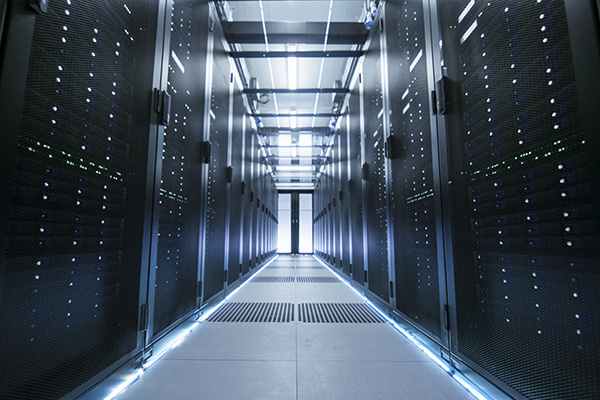 Let’s exchange details about our lives for the convenience of quick searches and friendly connections. What’s the harm?

Well, some 20 years of internet advancement has led to data breaches, privacy invasion, distorted information and sheer exploitation. The result is that much of America is divided along a fault line of hate.

David Cohen, CEO of the IAB, admitted, “We face a crisis of trust.” Citing the 2021 Edelman Trust Barometer, he explained that “more than half of Americans believe that government leaders, business leaders and journalists are purposely trying to mislead people by saying things they know are false.” He later added, “America’s crisis of trust puts governments under intense pressure. … In Europe, the elimination of personalized advertising is on the table. There are many in Washington that are beating the same drum.”

Various speakers reminded us that consumers are people, not just targets, users or leads. I believe ad agencies can get to a better place by considering three steps. But first, a little background.

In her book The Age of Surveillance Capitalism: The Fight for a Human Future at the New Frontier of Power, social psychologist Shoshana Zuboff explores the domination of tech giants Google and Facebook. “Surveillance capitalism unilaterally claims human experience as free raw material for translation into behavioral data.” It can be “fabricated into prediction products that anticipate what you will do now, soon, and later.” In short, she suggests that the insidious goal is to automate people’s behavior. I think it’s important that ad agency leaders become familiar with Zuboff’s insights to fully understand why many consumers have moved from concern to alarm when it comes to privacy.

In my estimation, targeted news and ads mean that each person sees what algorithms deem that they prefer to see, and there is often little media consumption in common. In 2018, the organization More in Common reported, “In the era of social media and partisan news outlets, America’s differences have become dangerously tribal, fueled by a culture of outrage and taking offense.” Since then, algorithms have become even more sophisticated, deepening the lines that divide us.

What do representatives from Google and Facebook have to say about all of this?

Jerry Dischler, vice president/general manager for ads at Google, acknowledged the issue at the IAB meeting: “For years as an industry, we’ve relied on a loose contract of trust with our internet users. People would allow us to use personal data to show them very relevant advertising, and in exchange, we’d offer free access to content.” He went on to cite data from the Pew Research Center about how 81% of people say that the potential risks they face from data collection outweigh the benefits. “They’re increasingly concerned about how they’re being tracked while traveling through the web,” he added.

While Facebook COO Sheryl Sandberg addressed hate speech, she had little to say about privacy in her IAB keynote interview. Brad Weltman, director of privacy policy engagement at Facebook, said, “Whether it was consumers or regulators, I think we’re now realizing that whatever we did [around privacy] wasn’t enough.” Neither Sandberg nor Weltman elaborated on any precise solutions Facebook is considering.

Google is taking action by phasing out third-party cookies, thereby eliminating the sale of ads based on users’ web browsing history.

Three Steps To Help Us Get To A Better Place

It’s important that we all understand how we got to where we are, and where we’re going, so we can quickly adapt and stay ahead in servicing clients. State and federal legislation on privacy will likely emerge quickly. New announcements are sure to come from Google and Facebook. Industry organizations may align on privacy reforms. Set Google Alerts to stay apprised of breaking news on privacy.

To collaborate and innovate, I believe we must absolutely accept our reality. Acceptance is not agreement. We must stop pointing fingers and take personal responsibility for this crisis in order to move into a new reality.

Specifically, I think we must accept the need for regulation. State-by-state reform is, in Cohen’s estimation, “death by a thousand cuts.” By contrast, national privacy reform would provide “clarity and a level playing field” and “stable, coherent rules and regulations.” Cohen encouraged “championing the comprehensive reform bill Privacy for America, which would declare specific uses of data illegal and other specific uses legal and necessary for conducting business.”

Sen. Marsha Blackburn of Tennessee, a ranking member on the Commerce Subcommittee on Consumer Protection, Product Safety and Data Security, chimed in: “The importance of one set of rules is that it creates a level playing field. … You will have one federal standard, one set of rules and one regulator: the Federal Trade Commission. This means that consumers are going to have more privacy.”

Once we have accepted the issues we face and the need for regulation, we can join together to take the right action. First, stay informed as privacy law swiftly changes. Next, write to your congressperson to have your voice heard in the matter, whether you’re advocating for one federal standard or an alternative solution.

Be sure to keep up with what’s happening in the private sector too. During the IAB meeting, Tom Kershaw, CTO of Magnite, pointed to Google’s Privacy Sandbox as “something that everyone should be paying attention to. … It has got some very strong value. And just because Google says it’s good doesn’t mean it’s bad.”

While it may be frustratingly difficult for ad agencies — some of the most creative small businesses in America — to collaborate with Big Tech on solutions now, we can keep our eyes on projects like Privacy Sandbox and others for change in which we can participate in the future.