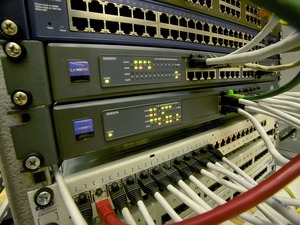 Many small businesses have discovered the use of cloud computing, which refers to the use of off-site servers to store data, as opposed to just having it on your own computer’s hard drive or on your own network’s servers. Many of us were using the cloud before it was called that by creating online accounts on sites such as Facebook, Pinterest or Instagram and uploading our thoughts and images so that other people can view and comment on them.

The cloud is becoming ever more popular as a go-to for the storage of our personal and professional documents, photos and videos. Storing documents and files in the cloud gives multiple users the ability to access and update files, and small businesses especially will appreciate the ability to store data on offsite servers, freeing up their own servers for other functions. Cloud computing also allows access on the go via laptop computers, mobile phones and tablets.

Possible Risks of The Cloud

That’s the good part. However, there are two potential problems with using cloud computing, the first of which is an interruption of service. You use the cloud to take pressure off your own servers, but what happens if the hosting company’s servers go down? Sure, they will scramble to get everything back online, but the delay could take anywhere from hours to days, as happened with Western Digital’s MyCloud server, which went offline for over a week in March and April of 2014. In the meantime, you may be scrambling yourself – or you may be dead in the water, lost without access to your data.

The second problem is potential security breaches. Remember when all those compromising personal pictures of dozens of celebrities were stolen? They weren’t taken from the personal phones or computers of each individual star but were simply lifted from the cloud. It’s obviously a tempting target for thieves as a large assortment of data can be stolen from a single breach.

For both of these problems, there is a fairly simple solution, and it boils down to this: use the cloud, but don’t give everything to it. The cloud is great for expanding your data storage options, but there are certain types of files that should be backed up to or stored on your own server.

In order to avoid the pitfall of the host server going offline, those key files to which you need ongoing and immediate access should always be available on your own server or hard drive as well as in the cloud. Remember to regularly refresh those files that have been updated via the cloud so you won’t be stuck with an old version as your backup if you are temporarily without access. The cloud is excellent for storing data to which you don’t need constant or immediate access, and these files needn’t be taking up server space. If you can keep it in a metaphorical box in the attic, let the hosting company house it. And certainly let the host have your active stuff, as well – the point is easy access, after all – just make sure the essential files are in your own hands, no matter what.

In addition to the essential files, files that contain sensitive information should not be kept on the cloud at all. Your clients’ and employees’ sensitive personal data, such as SSN, birth date, medical records and financial information should not be floating around the internet, waving at thieves. It should be heavily encrypted and protected by firewalls in your own proprietary storage. Data that are not stored in the cloud cannot be stolen from the cloud, it’s as simple as that.

Following the simple guidelines of backing up the essential files and storing the sensitive stuff will enable you to keep surfing the clouds with the productivity and efficiency you want and the peace of mind you need. If you haven’t done so yet, you should consider making that your next project.