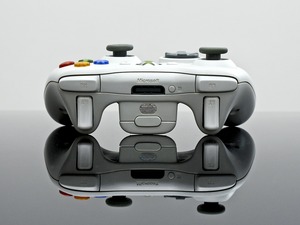 Xbox creator, Microsoft, is saying it will “change the face of virtual reality,” and Oculus owners are saying the same. Oculus has partnered with Xbox, and some big things are happening at both companies.

We’ve seen virtual reality tinkerers for many decades as technology has improved and allowed us to do bigger and better things with tools we can use at home (and that we can afford), but this new move is going to open up a whole new world for at-home gamers. Here are a few facts from the press release, which you can read in full Xbox’s website.

Every Oculus Rift will include an Xbox One controller in the package. While many gamers wish it was the other way around, this is still a huge step for a virtual reality company to make. The new controller can be used for interchangeable gaming between a Windows 10 PC and the Xbox One, and the responsiveness has been improved tremendously since the original release. This is because sensitivity is the key to an immersive virtual reality experience, and if you’re going to play Rift games with a controller, this is the one you want to use.

The majority of Xbox One games will be cross-compatible with Oculus Rift. You heard it from us first: you can play Xbox One games on either platform and will even be able to stream games to a Windows 10 tablet (or PC). While some more minor titles have not been confirmed, things like “Halo,” “Forza,” and “Sunset Drive” have been included in the playlist and confirmed by Microsoft.

Windows 10 and Oculus Rift tethering is encouraged. Windows 10 was designed with the partnership in mind, and Rift works natively with Windows 10. DirectX 12 updates make graphics smooth and less “virtual reality,” which will be good for those who have experienced motion sickness with Rift in the past.

In addition, the company plans on having an “open community” so that fans and players have a say in what happens and when it happens.

So, What Does this Mean for My Business?

Right now, Rift is just a gaming platform, but it doesn’t always have to be. In the future, Microsoft plans to make it more business-friendly. It will offer engaging, customizable data that will help train employees in hands-on environments without the worry of actually destroying anything. This could be especially good for employees that have to handle stressful, high-stake situations and need to learn to keep their cool before they do a real job. It could save the industry a ton of money in addition to offering an immersive training experience that, so far, has not been available.

The Microsoft/Rift combination will be a powerful one, and there are many new and exciting features to come.