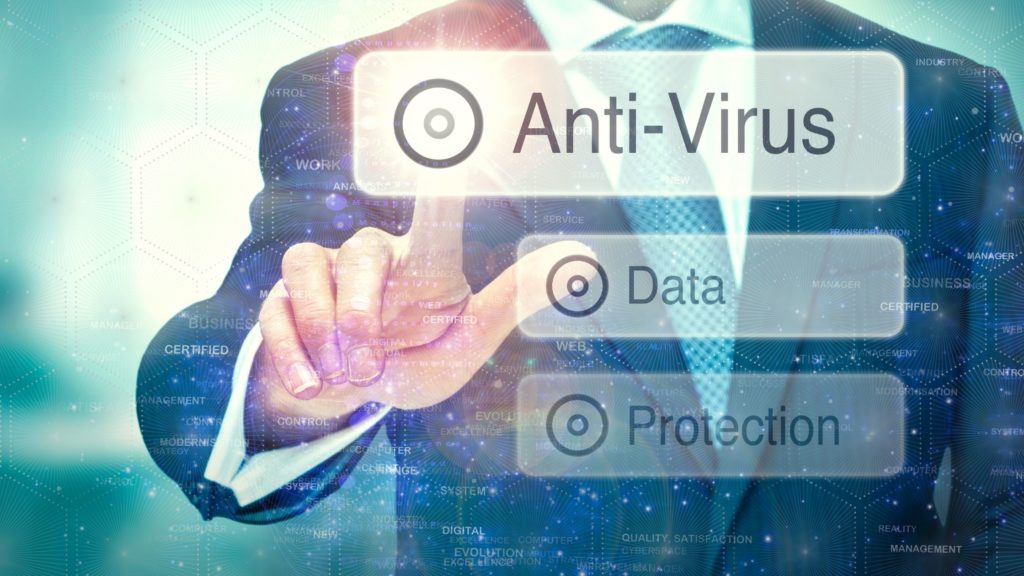 In this day and age, we are consistently breaking all records when it comes to data breaches and the sheer volume of cyber-attacks on businesses, governments, and individuals. Developing technologies such as machine learning and artificial intelligence, as well as increasing tactical coordination among hacker organizations, have enhanced the sophistication of threats leaving most of us to wonder how we can stay ahead of the threats.

Luckily, the experts at Grapevine can help with some answers. Grapevine’s very own owner and CEO Joe Gregory said, “we’ve got a new breed of anti-virus called the next-gen, which uses AI to look at what a system is DOING more than what it LOOKS LIKE to determine whether the virus or the files has malicious intent. That means that your attempts or ability to detect viruses go up to somewhere around 99%. So much more efficient system”. To stay safe & secure in today’s digital world, it is important to understand the difference between Next-Generation Antivirus and traditional antivirus solutions.

Most people are familiar with traditional antivirus software.

Plenty of people use traditional antivirus software in their own lives or their businesses.

Traditional antivirus protection works by referencing a massive library of established and known dangers. The software then determines whether a given program is good or bad, based on what it knows about those threats. If the software is determined to be bad, the antivirus software does not allow it to run. If it is unknown, the antivirus software will allow it to run- but this is where traditional antivirus shows its weaknesses. Users have to update the library of threats to keep their systems protected and are also defenseless against emerging threats.

The easiest way to explain the difference is that traditional antivirus is reactive while next-gen antivirus is proactive. Endpoint detection and response is designed to respond to not just known malware, but also unknown and emerging threats as well. It is this ability to learn and identify emerging threats that set the next-gen model apart and make it so powerful.

The costs of operating an antivirus system extend beyond the staffing, operational, licensing, and support costs to areas that are not as quantifiable.

Organizations that continue to rely on traditional antivirus will invariably encounter obstacles in deploying and securing new technologies that may offer significant business advantages.

Oftentimes, security staff is expected to support aging antivirus systems, in addition to combining security capabilities from various solutions that may take a long time to integrate and may offer lower security effectiveness.

When deploying a traditional antivirus, users may wrongly assume that their systems are protected from attacks. A false sense of security can lead these same users to be less vigilant and to exercise less caution in avoiding potential cyber threats.

What is Next Generation Anti Virus?

As we’ve discussed, traditional antivirus software has its limitations, especially in a world of constantly evolving threats and increasing sophistication on part of hackers. Thanks to the power of AI and machine learning, next-gen antivirus is an excellent way to overcome these limitations.

Like traditional antivirus software, next-gen protection also refers to a library of known threats, but unlike traditional antivirus protection, it can also think on its own. Next-generation antivirus uses a combination of artificial intelligence, behavioral detection, and machine learning algorithms to identify threats. By looking at the whole context rather than just isolated incidents, next-gen AV offers a more effective means of recognizing and deterring unknown malware and sophisticated attacks.

The Benefits of Next-Gen Antivirus

Next-Gen Antivirus (NGAV) is a solution designed to meet modern needs. It leverages machine learning to detect potential threats via behavioral analysis, enabling them to detect unknown threats that traditional solutions would miss.

If you are interested in learning more about Next Gen Antivirus protection and find out more about how you can ensure your business’ cybersecurity is in good shape for now and for the future contact the experts at Grapevine MSP. Well-equipped attackers know exactly where to look for flaws and vulnerabilities in a company’s network security and can easily get through traditional antivirus solutions. Most traditional antivirus solutions can be turned off by attackers at a click of a button! The experts at Grapevine can help equip you with the most up-to-date security solutions! Contact us today!