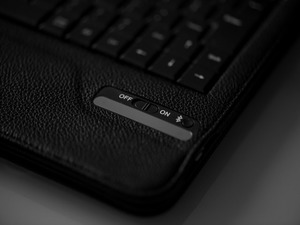 It’s official – Bluetooth 5 is out, and that means good things for the Internet of Things. The new version brings lots of changes and improvements, but there are two that are particularly noteworthy.

The first of these is the matter of range. It has quadrupled, so you no longer have to worry about the various devices in your home or office not being able to communicate with each other.

The second critical change and improvement revolves around BLE (Bluetooth Low Energy). This is what makes the latest version so important to the Internet of Things, because most of the “smart” devices being sold today are low-energy, and designed to transmit data for months at a time (or longer) without human intervention.

In previous iterations, those low-powered devices could only transmit 31 bytes of information. This has been increased by a factor of eight, making it significantly easier for devices to share information with each other.

From a business perspective, this means good things if you employ BLE Beacons, because both of the changes mentioned above will enhance their functionality.

This is not to say that Bluetooth 5 is perfect in its current form. The two biggest pieces still missing are a high-fidelity audio connection and a mesh, which, in theory, would eventually make the longer range irrelevant.

Bluetooth engineers have assured the public that both are coming, but no set timeframe has been established for the release of these features.

In the meantime, Bluetooth is effectively the de facto standard where the Internet of Things is concerned, if for no other reason than almost every modern cell phone in service today is already using it. That’s not to say that some other technology couldn’t supplant it, but there is a certain advantage in the fact that Bluetooth has already been so widely adopted.

In any case, the latest version opens up a world of possibilities where your internet-connected objects are concerned. That’s good news indeed.