The Google Keyboard may not have all of the interesting features that some smartphone keyboards have (like Swype), but it’s still an exceptional new application worth downloading to your mobile (and not so mobile) devices.

The best thing about the Google Keyboard is that it’s 100{7e4ee7cd997d36f6dec43befd6b19c37edf0959bbf61766e988f901dd91e96d7} free, which is something that many competitors have not been able to offer up to this point. Secondly, “Gesture Typing” has been made available for free as well, which is as close to Swype as you can get. You simply drag your finger from one letter to the next to spell words. Auto-complete, voice-recognition, support in over 25 languages and NEXT-word suggestions are a few of the interesting features that come with this free app.

However, there is one catch: unless you have a device that has Android 4.0 or above (nicknamed “Ice Cream Sandwich” and “Jelly Bean”), you can’t use this app. While the transition to the newer versions of Android continues, a little under half of the devices still being used by Android users run Gingerbread, a former version of Android technology.

Still, Google has been a gentleman about the entire situation, and has mentioned some of their favorite app keyboards that actually aren’t Google powered at all, including SwiiftKey and TouchPal. Perhaps Google is simply trying to enhance the experience that their stock Android system provides, and isn’t actually attempting to compete with other companies that make on-screen keyboards.

If you run a Facebook for your business (hint: you should be), then you may be wondering what time o 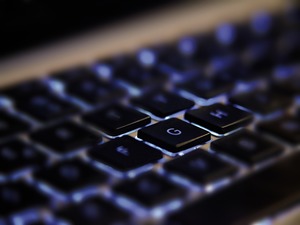 Is the Mac Versus PC Debate Still Relevant Today?

For years, the debate over the differences between Mac and PC has raged on between experts and novic