You know when Amazon does it, it means big things – and Amazon has just debuted a 3D printer section that provides supplies for 3D printing.

Currently, Amazon only sells 3D printing supplies from well-known and well-trusted 3D printer manufacturers, like Makerbot and Cubify. They have even begun to sell a small assortment of actual 3D printers. The cheapest up for sale right now is the JET/Open Source 3D printer Replicator G, which starts at $1,099 for just the printer without any of the accessories. The high end is the MakerBot Replicator 2 Desktop 3D printer, which costs $2,500 just for the bare bones.

While these prices are still extremely high and out of the price range for many people, they’ve dropped significantly since introduction, making them almost affordable for the general population, and definitely affordable for small and medium sized businesses. Recent projects such as HomeBrew have also provided more pricing information on 3D printers, proving that one can be built for about $1,000.

Because of the sudden affordability of these printers, free and low-cost models for them have begun to grow in popularity. Some of these designs are more practical, such as bowls, but designs for models are also interesting and obscure as well. Recent deviations include a hermit crab shell that a hermit crab may actually use and mini-dinosaurs with moving legs and heads.

Amazon is currently in the middle of expanding their store to lesser-known brands and is working on diversifying the printers they sell. Meanwhile, Staples is the first home-and-office store that has decided to start selling 3D printers on their shelves.

While we may not have many practical uses for 3D printers as of yet, time will tell if the 3D printer is simply a simple fad or if it will become an important part of businesses and homes alike. 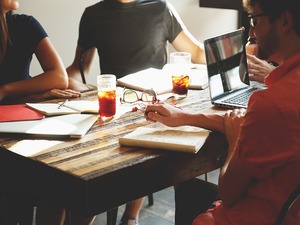 The Differences Between Customer Experience and Customer Engagement

With all the emphasis put on the customer in the global business environment, knowing what your cust

The success of a business is directly related to customers. The importance of a customer is linked t

Nintendo recently released the Nintendo Switch, a new console system. On its heels, we’re seeing a